Cruel fight celebrated a holiday of spring in Birobidzhan

Cruel fight celebrated a holiday of spring in Birobidzhan 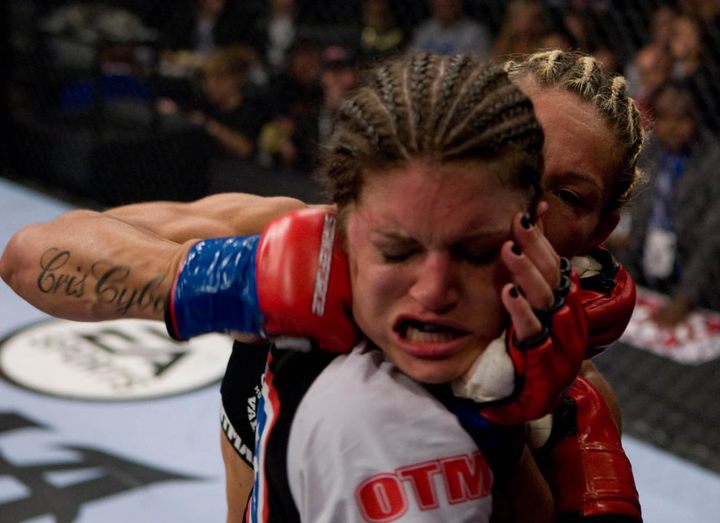 Romantic evening at restaurant "Teatralny" combined with fights without rules

The day before in the Birobidzhan restaurant "Teatralny"  passed the evening of the professional fights organized by federation of mixed martial arts "Fight". Audience saw seven duels, including one rating in which the Birobidzhan athlete Kirill Leleka debuted and won a victory, reports RIA EAOmedia correspondent.

Opened tournament the president of regional federation of the mixed martial arts "Fight" Alexey Agaltdinov. He welcomed gathered and addressed special words of gratitude to sponsors of tournament. Its wishes set the tone for evening.

— I wish honest wrestling, fair victories. I hope that this evening will be remembered to the Birobidzhan admirers of the mixed single combats — Alexey Agaltdinov told.

Fight between Denis Zhuravlyov (Vladivostok) and Dzhumakhon Holmurodov (Khabarovsk) opened the program. More skilled приморчанин, behind shoulders at which victories on championship of the Far East in boxing, the endings of the All-Russian tournaments, knocked out the debutant of MMA Holmurodova in the third round.

In the only duel which has been carried out by rules of classical fight where fight goes in gloves and in a rack, the debut on the professional arena was successful for the Birobidzhan athlete Kirill Leleki.

The judicial decision to it awarded a victory over the representative of the Khabarovsk club "Rossich" a kikbokser Vladimir Samoylichenko.

Estimated actions of athletes in a ring professional jury which structure included the judges of republican and first category who already have experience on large international tournaments.

Audience roughly reacted to high points of fights, supported athletes. And not smaller interest of fight caused in representatives of the weaker sex.

For convenience all events on a ring it was broadcast on the big screen.

All elements of similar shows were observed – the solemn exit by wrestlers, a beautiful escort, live music, professional light.

Sponsors of tournament among whom there were known Birobidzhan and Khabarovsk businessmen participated in awards ceremonies.

Fight between Stepan Lukovnikov (Khabarovsk) and Victor Cook (Holland) became a final chord of evening. The champion of the Far East federal district on hand-to-hand fight, the prize-winner of the championship of Asia on K-1, the prize-winner of the championship of Asia on fighting sambo, the champion of Russia among special forces on BULLOCK CARTS Stepan Lukovnikov conceded to the Dutch at whom by that moment was 21 victories in 26 fights. "Tiger", so represent Victor Cook, I knocked out the rival in the second round.

Victories the judicial decision won Evgeny Husnutdinov (to 70 kg), Sergey Bezborodov (75 kg) – both of them Khabarovsk.

Maxim Shtepenko (Khabarovsk, to 72 kg) knocked out the rival in the second round.

Zorikto Galsanov (Chita, 81 kg) won painful reception on a hand the first round.

Before RIA EAOmedia reported that evening of professional fights will be spent on March 7 by regional federation of the mixed martial arts "Fight". Duels will begin at 19.00 at Teatralny restaurant. Among 14 participants athletes from Vladivostok, Chita, Khabarovsk, Blagoveshchensk, Birobidzhan, Rotterdam (Holland).