Geena Karano can return to MMA

Geena Karano can return to MMA 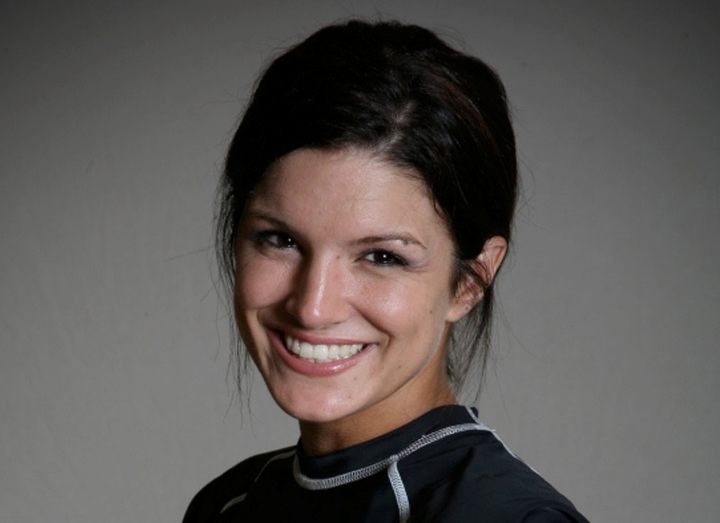 The star of the female mixed single combats is ready to enter a cage if it accepts conditions again.

Quite recently the commentator of UFC Joe Rogan fine intrigued fans, having promised the "mad" announcement of the new competitor of Rhonda Rosie. Fans and journalists decided that it is a question or about replaced a ring on a cage to a star of boxing Holly Holm, or of the ex-champion of Strikeforce Christian Zhustino's "Sayborg". However the president of UFC Dana White swept aside both versions, having told that Rogan slightly exaggerated events scales.

But you won't forbid to dream, as they say.

One of the most unrealizable and at the same time desired for many admirers of MMA option would become return to Geena Karano's sports – the girl who was called in due time "the person of female MMA" and provided Strikeforce high spectator ratings. Having lost in August, 2009 Christian "Sayborg" a technical knockout, Karano (7-1) left single combats, having switched over to shootings in the Hollywood blockbusters.

Five years as it became clear later, it didn't lose desire to fight.

"I never said that gave up fights. For any reason the part me is still open for performances in MMA. This part me considers that under certain circumstances if my performances in sports aren't contrary to my purposes in the future – I will be able to return. If circumstances develop as it is necessary – that excessively to promise. Who knows? I am open for offers".

Geena not in business and skillfully avoids the first year a reality, leaving fans to guess the events. However as a whole, judging by her words, the situation is close to negotiating … with UFC?

"I can't tell you about the events too much. If I could speak fluently about all this, I would tell more", - continues to intrigue Karano. "I would like to devote you in the thoughts and to share conversations about it which I had. However, I think, for me it will be better to wait for when circumstances will develop as necessary. If everything goes as I want, I think, I will return, after all MMA – my first love".

The former fighters as the former officers, don't happen.

"Certainly, I didn't prepare long ago for the fights, however the appeared hearings (about fight with Rosie – ValeTudo.ru comment) seemed to me interesting. But if I also decide on it, only under conditions completely satisfying me".

Unlike Rosie who combines shootings at cinema with performances in the oktagena, Geena is ready to offer Hollywood for the sake of fights. According to her, return to single combats will demand from it full concentration and devotion.

"Now I still the bigger fan of MMA, than was earlier. I will return if everything develops as it is necessary".

On the one hand to see Karano in MMA – an invaluable show. With another is not a sight for the faint of heart if to remember, what cruel beating her last duel turned back for Geena.