"I am glad that returned"

"I am glad that returned" 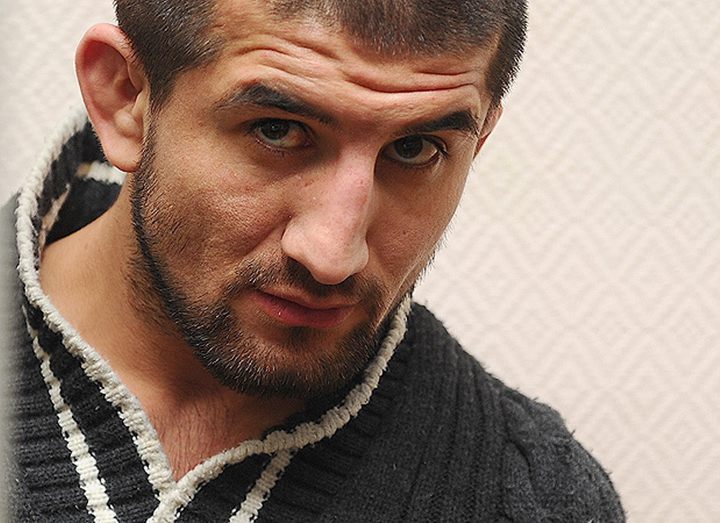 Rasoul Mirzayev carried out the first fight after the tragedy which has happened in August, 2011 when after its blow Ivan Agafonov was died. On Saturday the ex-world champion in fighting sambo acted on championship of Russia in this type of single combats where won two fights, but couldn't get to number of prize-winners.

Him released from custody on November 27 last year. And on January 21 the Moscow City Court Board on criminal cases recognized the decision of Zamoskvoretsky court to find Mirzayev guilty of "causing death on imprudence" the lawful. Then it became clear that to come back to prison it isn't necessary to Rasoul, and the fighter who has served sentence for death of student Ivan Agafonov (two years of restriction of freedom), started the first trainings.

"The main thing for me – to find composure. Only then I will be able to come to former level" — Mirzayev admitted to "The Soviet sports" the first exclusive interview. It was only a month ago. Very few people expected that Rasoul will return on a ring so soon.

- I am glad that carried out the first fight! – the call of our correspondent found the athlete in high spirits. – For me it was important to check a form, to feel a fighting rhythm. Certainly, while not all turns out. But those mistakes which I made on a carpet in Gubkin, I and my trainer's staff we will surely consider. Let's work further

- How competitors and coach appreciated your work?

— Many were surprised that I acted successfully! Yes, I didn't get to number of prize-winners, but I won two fights, two I lost … After such break I felt unexpectedly normally.

— How you prepared for return to a ring?

— The last two months generally I leaned on boxing. There was no place to perfect sambo equipment is, of course, affected result. Now I plan to tighten and sambo, a lot of time it is necessary to find for fight. My purpose – to return to MMA. For this purpose it is necessary to be engaged in all types of single combats seriously.

— Certainly! I and so feel in a quite good form. Though to my best standards while, of course, far.

— Rasoul, it is possible to tell, what you found that " mental composure"?

— No — Mirzayev bitterly sighs. – It can't be made for so short term. Coming to a ring, I still can't concentrate completely only on the forthcoming fight. Gloomy thoughts don't release. But it should be worried.

— You don't plan to replace the nickname "Black Tiger" as unhappy?

— I am not superstitious, of it simply I don't think. And then, not I so called myself — Rasyl laughs. – "Tiger" me named in Beijing. So and not to me to change the nickname.

— However, that for March 31 you planned fight with the champion of Kazakhstan Yerzhan Estanov?

— I can't tell anything certain – simply I don't know. In a course that there are any negotiations, but in details didn't press yet – there was no time.

— And what next plans?

— To train, train, train. And to try to meet Agafonov's parents. I don't leave attempts to contact them.

— It was important to Rasoul to be stirred up — promoter Mirzayeva Kamil Gadzhiev notes. – Certainly, we don't plan that it will continue career only in sambo. Task – to return on former level in the mixed single combats. But the format of amateur tournament which the championship of Russia is, allows to carry out some fights in one day. For the first step it was that is necessary.

— How Rasoul was accepted by public?

— Audience on tournaments on sambo the quite steady. There the people betrayed and loving this look gather. For them Mirzayev was and remains the guy. So the negative from rivals or fans wasn't.