Yury Nazarenko: "Today it is important that the youth didn't lose interest to wrestling"

Yury Nazarenko: "Today it is important that the youth didn't lose interest to wrestling" 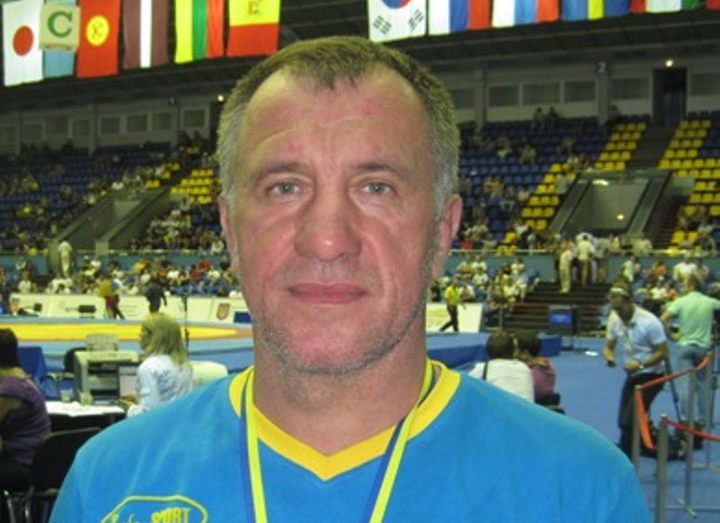 Zaseev's instructor about the Kiev tournament and the internal concurence

- In the fall, on the Cup of Armenians we already observed Alain Zaseev and Alexander Hotsyanovskogo's final meeting. But this time Alain took a revenge. You prepared for this meeting?

- Actually, really expected to reach the final. But, when the structure became known, and there arrived strong Georgian team, there were some fears. But we were ready to any meetings, any fights. Simply there arrived the silver prize-winner of Olympic Games … At existing rules each fight decisive therefore I worried for that what rivals a little will be at Alain as who will have fights more through passage, that fresh will approach to the ending. But Having sowed successfully отборолсяwith the titled fighter, and at I showed good spectacular fight.

- With Zaseev's arrival the heavy category became even better to look …

- It is very good when in one weight there are two leaders. They stimulate each other. The competition forces them to work constantly over itself and to prove on a carpet who is stronger. It is useful for both of them.

- So, who was the basic rival on the Kiev tournament? The titled David Modzmashvili or internal competitor Alexander Hotsyanovsky?

- On the one hand pressed a name, responsibility freight. And Hotsyanovsky-the real applicant for a trip for the European championship therefore personal fight was very important as she solved who will go on continental superiority. Therefore it is difficult to tell with whom it was more difficult. Now on collecting will decide who will go to Georgia, seems to me Zaseev deserved this trip, he passed a difficult tournament grid and won the ending. The final decision will be made by the head coach of a national team.

- Whether you will know someone from participating guests of the Kiev tournament in the European championship?

- The Georgian team also on our tournament defined structure on WHAT. Two Georgian fighters met in the first fight and therefore there is a probability that in the European championship in category of 120 kg будетМодзмашвилиwhich Zaseev met in a semi-final.

- I here liked in 60 kg Gore Oganesyan, the young guy of 19994 years and carried out on tournament two good fights and prospects is. Internal leaders confirmed the status: Pavel Oleynik, Hotsyanovsky, Zaseev. Still anybody within the country can't compete with Ibrahim Aldatov. Certainly the third place of our tournament for the world champion is not result. I think, wrestling in the club championship in Germany, it now exhausted therefore the freshness didn't suffice. If there was a competition if it behind the back had three-four persons, it would urge on Ibrahim to work. He needs to work and adhere to a mode competently now. The discipline is capable to prolong to it sports life. The fighter very talented also it is necessary to make a few efforts again to show result.

- Today it is necessary to talk about a situation which developed round the Olympic status of fight. What emotions this news caused personally in you?

- I am indignant up to the soul depth. I devoted all the life to this sport, and people who surround me as are betrayed to , wrestling . It is natural that at first all called, asked each other about news, it was very difficult to believe in it. Simply in the head doesn't keep within as it was possible to arrive so with one of the most ancient sports. After all wrestling is popular, both among adults and among children. In Kharkov I work in a sport boarding school and I see how fight influences formation of the personality, younger generation education.

- It turns out what exactly your young pupils can suffer from this decision? After all for certain their purpose Olympic Games of 2020.

- I am sure that our federation will make everything to protect wrestling t. And therefore it is necessary to give to hope to children that fight remains in the program. Actually this decision can affect destinies of thousands children. If they throw a hall, will be disappointed, it isn't known where will give their life. Our sport never was elite, and boys who come to a hall generally from needy families. We take away them from the street, we distract from any unclear affairs, from drugs, alcohol … And the main thing we give the purpose in life, after all they have an opportunity something to achieve in such fine man's sport.

Now a lot of things depend on trainers, on teachers that at this turning point children didn't relax, didn't lose interest and continued to be engaged. I refuse to believe that such beautiful sport can exclude. And the last Olympic Games proved that wrestling competitions very spectacular.

- What role in wrestling  for preservations of the status of wrestling  at fans, after all during an era of information technologies everyone can express the opinion.

- It is necessary to support all petitions posted online, to participate in discussions and to speak everywhere where there will be an opportunity. That this subject constantly was very famous.

- This news of all excited and impaired a little mood before Kiev International. How you estimate last tournament, there were feelings of a holiday?

- Sporting event of such level – always a holiday. Independently about what are now conducted behind-the-scenes games round the wrestling  status, people come, is ill, enjoy wrestlers. During tournament I went on a hall, communicated with people and saw that the present situation left nobody indifferent. On the Kiev carpets there were so many fascinating battles, it is so much emotions …