Double world champion Alexander Ignatenko: in orphanage all wanted to be distinguished from contemporaries

Double world champion Alexander Ignatenko: in orphanage all wanted to be distinguished from contemporaries 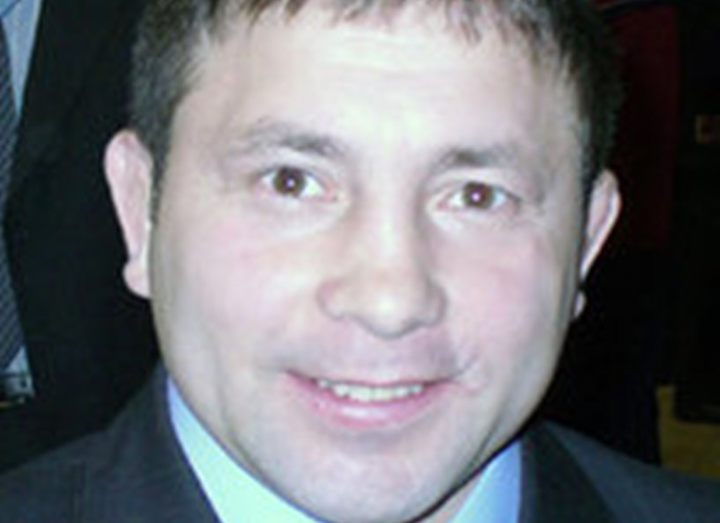 The problem of orphan children became one of the most discussed by society, here only the majority of discussions is deprived of construct and is reduced to "parasitizing" on a fashionable subject. Sports can become the real social elevator for pupils of orphanages in the conditions of today. WRESTRUS.RU gives vital history of Alexander Ignatenko who grew in orphanage, and became the double world champion and the double champion of Europe in Greco-Roman wrestling.

- You grew in orphanage. By what it to you was remembered?

- In three years we with brother Sergey appeared in the Kemerovo house of babies, then there was a boarding school in Novokuznetsk, and to twelve us transferred orphanage of railroad workers in Omsk. In the rigid mode, as well as in all similar establishments was mute. In total on a call. Lifting in the 7th mornings, charging of 15-20 minutes, a breakfast, at 9-00 school. We studied at simple school. In 15 minutes after the end of occupations you have to be in orphanage. If occupations come to an end at 14-15, at 14-30 you have to be on a place. I was late – explanatory. Everything is strict on a mode. Breakfast, dinner, dinner. Among themselves we generally played in the summer soccer, and in the winter - hockey. Here that we had everything. And still all of us wanted to prove, be distinguished somehow from contemporaries that us recognized, were considered. And respected for what? At least through sports. That you there the best.

- This desire brought you into wrestling?

- It, and still desire to learn to stand for itself. Nevertheless we with the brother always were the smallest among contemporaries. The first time we with Serezhey came to wrestling section in Novokuznetsk. The trainer looked at us and told: "Children, what of you wrestlers? Be engaged in acrobatics or still in something". And I really went on acrobatics. Simply for itself. Generally we there plaid about, killed time, but also to something learned. And how I began to be engaged in wrestling, it isn't very convenient to speak at all.

- When understood, what wrestling is for the rest of life?

- On the first training when won a victory over. In wrestling there is such situation when you stand on the bridge, and the rival tries to defeat you. On the first training I in a rigid form got on the bridge, and around started arguing: will put me or not? I put all the rage, everything that in me was to leave from this bridge that it didn't put me, to prove that I can. I left … And then Seryoga, my brother, left, and there is such throw through a back from under a hand, and so he threw this reception of the rival. Nobody could expect it. It was the first day of our trainings. I already said that all orphans sought to be distinguished from contemporaries. For us sports became such opportunity, wrestling helped us to realize with the brother itself in life.

- Someone manages to win Olympic Games, but never to become the world champion, and happens on the contrary. The Olympic Games are a thin matter, the competitions which have come to us from time immemorial. Perhaps from this communication with antique Olimpionikami also is born such unique atmosphere. Enormous concentration of strong, hardy, ambitious people from all over the world, ready to give a lot of things for the sake of a victory, creates powerful power which can strike so that leaves flat-out, or perhaps on the contrary, to become incentive and support in wrestling for "gold". In my sports life there were three Olympic Games. Probably, I was closest to a pedestal on the first Games of 1988 in Seoul. Before the Olympic Games didn't doubt at all that I will wrestling in a decisive duel. However in a semi-final on my way there was Japanese Yakiro Miokhar. In a year before I won against it one point, but in Seoul it turned out differently. I missed the chance last seconds fights when won one point. I began attack on the edge of a carpet, but "was covered", and to the Japanese awarded two points. Offensively! For "bronze" struggled with the rival from South Korea, the representative of team of owners, and again I missed good luck last seconds and I lost with the score 3:4. I lost because there were no forces, freshness, emotions. The fatigue after collecting collected, I was loaded physically and morally, there was no necessary ease. And in the 1996th all team was overloaded. Aleksandr Karelin - only who took gold of Atlanta-96. Only one soldier.

- You with Alexander Karelin on collecting lived in one room. What you united?

- We got acquainted to USSR national team. I served in army in Novosibirsk in 82-83 years. Today's San Sanych then still was a junior and about it spoke, as about the perspective heavyweight. I came to a hall, saw how it is engaged and thought: "O-about! This will give soon to all! " It was visible. At all I don't know that us pulled together. Two Siberians can because we. There was common ground, and they remained with us still. We lived 12 years in one room on collecting. The dignity of Sanych always read much, liked to discuss read, shared knowledge. Sometimes it even disturbed me. I constantly drove weight, sgonka exhausted therefore in 10 I went to bed. And it lay with the next book, and from time to time tried to begin discussion (laughs).

- Looking back back, are happy with the sports career?

- Yes, it is happy. The world champion is coolly, especially two times! When lost on the Olympic Games, appear, that everything, life cracked. It there was a wish to be hammered into a corner that to see nobody and that nobody saw me. However sports, wrestling is also a circle of contacts, and loyal friends. They didn't allow to get confused, try on  themselves a role of the defective and not understood loser. In sports egoism and if I lost, so the rival dominates was better. It not the justification is an ascertaining of the fact which does our life various and even very interesting. From hundred boys which come to a hall, units acquire the right to apply for the post in the national team, and in the main team yet one stage of difficult selection. Who maintains – passes forward who descended from "distance" … They have a fine opportunity to realize the knowledge, skills, ambitions in any other, but surely useful business. Sports – a starting point on a way to adult life, a good reserve for the future.

- Ivan Ivanovich was the remarkable children's trainer. It suited our first Birthday with the brother. In orphanage birthdays never noted. In a boarding school 4 times a year celebrated Day of the Birthday man, but none of us didn't know month and day of the birth. It is difficult to believe in it, but it is the truth. And that our birthday on March 29, we learned from Ivan Ivanovich. He expelled nobody, and through trainings formed the correct vital principles. In its hall children, first of all, learned to be on friendly terms. We always were the mountain the friend for the friend and kept this friendship through years. He taught children to respect each other, to belong to each other adequately – not important, weak you or not, are higher you or below. There are children who come, let us assume, full, thick. And another – absolutely small, hlyupenky. So at us all were equal, respected, treated with understanding. That was great. He taught us to see first of all in everyone the person. "First of all, - spoke, - we are people".