N. Sharifov: "We want to bring up future champions"

N. Sharifov: "We want to bring up future champions" 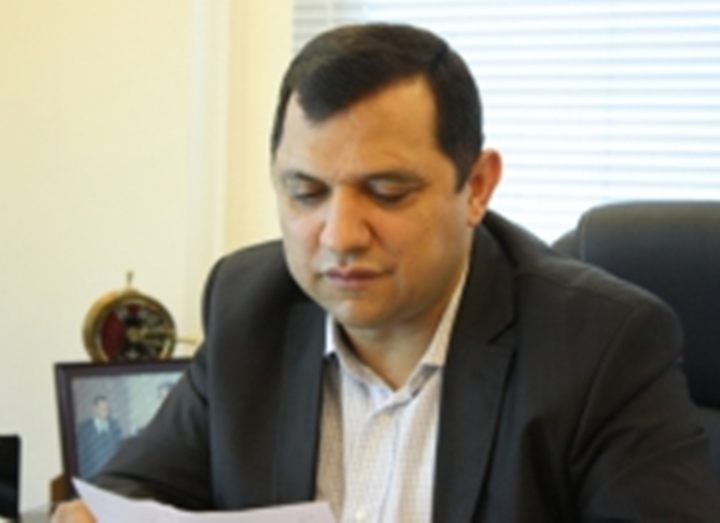 On March 9-10 in a gym of Tax committee will take place the international tournament on judo among young men . Today our interlocutor – the director general of OOO "Vastan" Nurali Sharifov – tells about the forthcoming tournament and judo problems in Tajikistan.

- How there is a preparation for tournament?

- In the organizational plan everything goes well, there were small technical works. I hope, before opening all we will be in time. The issue of rent of a gym of Tax committee is already resolved. As it was told earlier, in the organization of tournament our sponsors are "Talko", the Turkish company EGO GROUP, the Ukrainian TOP SERVICE, "Oriyenbank" and others.

It should be noted that the Committee on affairs of youth, sports and tourism at the government of RT assumed obligations for reception and placement of guests and participants of tournament.

- As far as we know, your company carried out before a number of tournaments on judo wrestling?

- Yes, it so. In 2010 in the Darvazsky area where our sports base functions, we held the Cup "Vakhdat" on whom there was head of state Emomalii Rahmon, there were many guests, among them known Tajik judoist Rasoul Bokiyev. The bronze prize-winner of the Beijing Olympic Games gave a master class for young judoists.

Our purpose of identification of the best young judoists and in the subsequent to help them to develop. We want to bring up new talents which will win on the world scene.

- Why you will organize competitions only on judo, after all there are many other sports, for example soccer, tennis and others?

- Judo — one of the most popular sports in the world. In the UN 223 countries, and, thus, are only 3 sports federations unite more than 200 countries of the world — it is track and field athletics, soccer and judo. All other types — are much less popular. I can tell that judo — is a superpopular sport. In my opinion, Dzigoro Kano who created this sport more than 130 years ago, got with this sport to an apple. In any textbook it is possible to read as judo therefore on it we won't stop in detail was created.

I at 10-year age registered in judo section, also was engaged in sambo. Kopnov Vladimir Nikolaevich was my first trainer. In 1992 in the sambo World Cup I took the second place, I am the master of sports of the international class on judo and the deserved master of sports on sambo.

Now sometimes I come to a tatami and I fight only for form maintenance.

- You get profit on an investment in sports, in particular in judo?

- First, I do it because of love to judo, because of patriotic belief. Certainly, our sports don't bring dividends, anybody yet didn't earn big money, putting in sports. In Tajikistan while it is unreal.

I think, big money can be earned on soccer if to approach to this question professionally.

- How you estimate the last results of performances of the Tajik judoists, who at present the best wrestler and the best trainer?

- The last performance of tadzhikistanets in the Grand Prix in Germany I consider unsuccessful. At present, certainly, the best wrestler is Rasoul Bokiyev. In a world rating at it the best result among the Tajik wrestlers. And from trainers, unfortunately, I can't distinguish anybody as we have no highly professional expert, the doctor, the psychologist, the nutritionist. We have no conditions for the athlete who could train normally.

- Your option of an exit?

- First, I consider, it is necessary to invite the foreign skilled specialist in judo. Children should create necessary conditions. To hold the normal internal championship for identification of the best judoists in the republic. And the main thing - the management of Federation of judo of the republic should learn to be attracted sponsors. Without money, without support there will be no success. We have no system preparation of judoists. And what achieved good results as Rasoul Bokiyev, they it is possible to tell nuggets. We have to give special attention to judo development at child junior sports schools.

- You have the school on education of judoists, how many there is engaged children and who their trainers?

- In Dushanbe at our school more than 180 young athletes, in that, number and girls are engaged. With them work three qualified trainers, the senior trainer Akhtam Radzhabov, by the way, he one of the first trainers of this look in the republic. Except it children are trained by masters of sports Rustam Nazarov and Hurshed Safarov. Children train, contributions naturally pay, but we exempted from contributions of the most gifted and members of the national team of Tajikistan.

At darvazsky school of judo 130 children are engaged. For them ideal conditions are created, as well as at capital school, there is shower, hot water, heating, also they have two minibuses.

- By the way, pupils of school of judo of "Vastan" will make a speech at tournament?

- Whom did you invite as guests of honor?

- We sent the invitation to the president of Asian federation of judo, and also the glorified wrestler from Russia, to the silver and bronze prize-winner of Olympic Games Tamerlan Tmenova but while the answer didn't receive. By the way, as the head coach of the national team of Ukraine to us on tournament will arrive the silver and bronze prize-winner of Olympic Games Roman Gontyuk. Except it on opening there will arrive our glorified judoist Rasoul Bokiyev who trains in Moscow. As well as two years ago, he will give a master class for young judoists.

It should be noted that TVT of Shabakai аввал will show opening ceremony and final fights. Known Tajik variety performers will make a speech at opening ceremony. Winners of competitions will receive medals and diplomas, monetary awards and various gifts.

The first trainer - Kopnov Vladimir Nikolaevich, trained then at known wrestler Saidmumin Rakhimov. It is married - has four children.