Lechi Kurbanov "I - a nokauter feet, Nortye – a nokauter hands, - fight at us, as a lottery to whom will carry!"

Lechi Kurbanov "I - a nokauter feet, Nortye – a nokauter hands, - fight at us, as a lottery to whom will carry!" 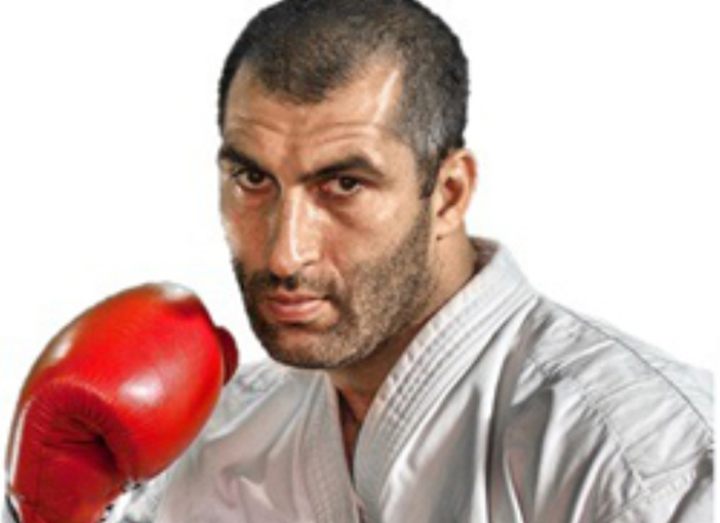 As we reported earlier, on June 29 at stadium of S. Bilimkhanov Lechi Kurbanov will carry out the last professional fight against the South African kikbokser Yana "Giant" Nortye within prestigious international tournament on World Ichigeki Cup Russia K-1 in Grozny.

And in anticipation of tournament correspondents asked to answer the following questions.

Lechi why you decided to finish professional career?

- I will tell honestly, there is no wish to be "former". But, it is sure that it is the moment, - beautifully to finish. In kiokushynkarate everything that could make – already made. To continue to act in professional sports, - it is necessary to leave from everything. I consider that came it is time to pay attention to the health, private life, a family. Moreover, now there was an opportunity with support of the Head of the republic of Ramzan Kadyrov to carry out title fight in Grozny. And to carry out fight with the strong fighter for a world title is too opportunity beautifully to finish career!

It is the second fight on K-1?

- Yes. In general, in Japan I had an opportunity to be sparred with strong athletes, for example with the Danish champion, recently won the Glory tournament. I easily coped with it. My old dream - to act in K-1 kickboxing to check itself. One of the most known Brazilian fighters kiokushynаand K-1, the real legend - Frantsisko Filio gave the first skills to me. It prepared me, and I won the first fight on K-1 against the Brazilian in Brazil in 2012. I won as wanted: not in foot blow as in karate, - I sent to a knock-down of the rival in hand blow.

Your rival "Giant" Nortye weighs about 150 kg, studied and prepared specifically under it?

- I looked its fights, and I recognize that he is the serious rival and it is dangerous to pass his blow, but my blow isn't less dangerous! The main thing – not to pass its blows hands and to exhaust, weakness of Nortye – a lack of physical standards. On trainings I give all the best on everything 100. But, certainly, I have also counters. Now Japanese sent me the New Zealand professional coach - the former boxer. And it under the contract works in Japan, prepares the kiokushinovets passing to K-1. It will correct me as well knows weaknesses of my opponent, after all once he too trained him. As there will be a fight, depends on both of us. I - a nokauter feet, he – a nokauter hands, - fight at us, as a lottery to whom will carry!

Sparring partners correspond to dimensions of the opponent?

- No, certainly! Where you will find such giant? ! From Prague Jan Sokut here arrived. This is the sparring partner, he is the known karateka who carried out about 10 fights by the rules K-1, on tactics it works as, and more. The only significant difference is that on force of blow of such sparring partner, of course, isn't present.

You say that this fight – huge responsibility.

- Yes, is Ichigeka's first tournament in Russia. Won will be the owner of a belt and the winner of a World Cup Ichigeka. It is very prestigious, and in too time is responsible, after all I represent all world kiokushyn. Certainly, all organization risks a name, having put me against the boxer and a kikbokser.

At home it is easier to act?

- No, houses you are adapted and to you is much more comfortable. But, with a ring of a wall won't help – the wall between us with the rival won't stand. My preparation will be my wall.

How you are adjusted on fight?

- Me the father with the grandfather since the childhood brought up: be not afraid of anybody. If you offend, and you will cry, - home don't come. On our belief, except Allah, I am afraid of nobody. Because in fight the same person before me. The only thing, I am afraid of responsibility which on me lies. I for all country fight, for all republic. All support me.

When you came for the first time to the international scene?

You are the only foreigner who won a title of the champion of Japan. Tell about these competitions?

- Already not only, but in 2002 I became the first foreigner who has won in the championship of Japan. Iranians left prize-winners twice, the Australian after me became a winner, further - the Czech. I acted in the most prestigious absolute weight category. On preliminary fights I didn't spend even 50% of energy, took care for the ending. When I came for final fight, my trainer approached to me and told that I at these competitions represent all countries of the world against founders of this sport. And if I win, it will be a world victory. I made дуа Supreme and came for decisive fight. I won the ending even easier, than all preliminary fights.

The call was sensation for numerous army of fans and the professionals of this sport who weren't considering as rivals of karatekas from other countries.

Lechi, you since 17 years the "playing" trainer ….

- It was in 1995, instability in the republic because of military operations. I still trained. Fellows villager saw how I with a sports bag go every day on trainings. Also began to ask me that I took their children on trainings. I explained to them that I have only a blue belt and to train someone the yellow belt is necessary. But it suited them if only their children didn't loaf about. Here also I started training youth to knowledge of karate-kiokushinkay. Itself studied, I went on the international collecting under the leadership of the best masters of Japan and other countries. Since 2002 ancestors of karate invited as the trainer even. I want to adopt all the best, promoting further development of this sport. But we have to have the style, there has to be something such, than we would own better than others. To achieve it, we have to create the school of karate-kiokushinkay.

Tell about the trainer's career in Japan …

- After my victory in Japan Japanese were shocked, them very much interested – as I in general train? ! – And they invited me as the trainer. In total I lived there about 4 years. In me there was a riddle, – being engaged on cartridges, it seemed to me that in movies it everything really. And, it appears that there is a lot of that there not on the present, - and at me all the same everything turned out! And I received such, as though "superprepared" equipment. I once again well studied cartridges of their old masters, each fight knew by heart, and practically started giving them the same, without giving anything the. Surprised that new generation don't know old school

What motto on life?

- The head decline below, an eye turn up, don't spend words in vain and respect seniors. Also one statement is still close: to be simple as everything, usual. I feel and I know that here such people remembered me and love, here such I want and to remain.

To whom do you devote the victories?

- I always devoted the victories to all Chechen people. We needed to prove to the whole world that we not what - that bandits, opportunity to prove it in sports was presented to me. Now all Russia worries about me, and I devote this victory to all Russians.

Your parting word to kiokushinovets

- I want to note that for aspiring something to reach the main thing, is a desire, and neither growth, nor weight, opportunities, including financial. If the person has desire and the purpose, and he goes to it – he it will reach that. It is better to die, than to be given! You can both the second and the third, can not occupy in general any place, but not be given and go!

Thanks for interesting conversation. Good luck to you!

Reference: Lechi seriously to go in for sports the beginnings in native Gudermes at the age of 13 years in karate section. Prior to war trained in Grozny when military operations began, was engaged in the neighboring village New terrible, sometimes I left to Nalchik, and all rest of the time trained at home, independently. Having reconsidered a set of fighting videotapes, movies with participation Van Dama, I remembered and I perfected the pleasant receptions and blows, worked on equipment and an extension. I left to the different cities of Russia for improvement of the skill later.