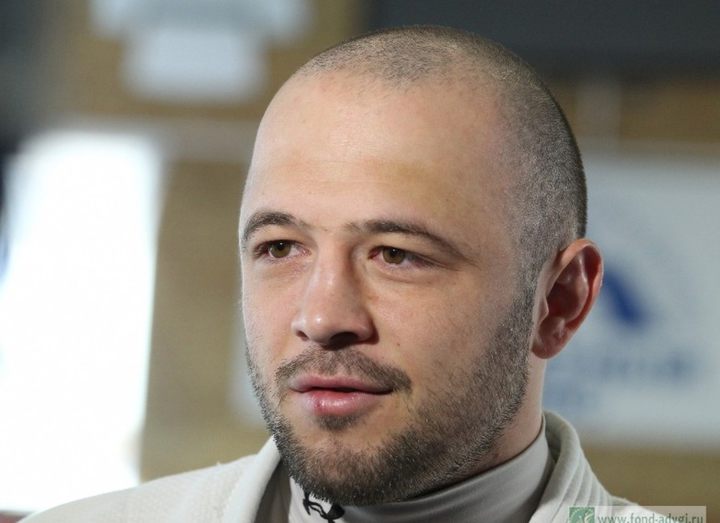 The Honoured Master of Sports of Russia, the champion of Russia and Europe, the winner of the Grand Slam in Brazil, and also the bronze prize-winner of the European championship on judo – all this it, Alim Gadanov. Leyla Kanametova talks to the native of Nalchik.

Alim, first of all, that for you judo – a profession, a hobby or all life?

- In total at once. Today it is a profession which will pass over time into a hobby.

- Yes (laughs). I connect all the life with judo because from 5 years I play these sports and I don't change to it. Today all my free time is devoted only to judo, only judo!

- If I am not mistaken, you for an appreciable length of time played for club of Chelyabinsk. How so it turned out and in this connection, many beginning athletes play today for Chelyabinsk?

- I will a little correct: I acted in Gladiator club, and Chelyabinsk represented as the region. The Gladiator club was created after the Olympic Games in Athens Nazir Hizirovich Hapsirokov, it enclosed a lot of things both in me, and in other athletes who represent now our republic on the international scene.

- I think, the following question excites many beginning athletes, and it is connected with "a success formula". What this formula for Alim Gadanov? It is a special food allowance, or the schedule of trainings?

- No, no secrets are present. It only trainings. Only work, work and once again work. And, certainly, good luck.

- Whom do you consider as the person who helped you to be created as the athlete?

- First of all, I am grateful to the first trainer Oleg Borisovich Saralpov, the honored trainer of Russia, with which at me good relations and to this day. We were engaged at it together with the brother from 5 years. But after the Olympic Games in Beijing my elder brother Zalim Gadanov became my trainer. Certainly, I am grateful also to the family which supports me always.

- Well I know from own experience that heavy everyday life of the athlete is a hobby, but to the seventh sweat. What helps to win and go further, without stopping on the reached?

- For me motivation only one are Olympic Games. When you have a purpose, and you want to achieve these objectives you work, you sweat, you make a lot of sacrifice for its achievement. Now I go on the third Olympic cycle and I hope, everything will turn out. I endow much, the daughter grows without me, long I am far from the family. I am sure that good luck will smile, I will get on the upcoming Olympic Games and, at least, with a medal I will arrive.

- The glorified player of the American basketball Michael Jordan, somehow told: "I suffer a defeat day after day for this reason I am a champion". How you personally treat those competitions where you acted not in the most successful way and how they motivate you to move forward?

- I certainly agree with Michael Jordan's saying. Without defeat you won't see the mistakes. After each defeat you start working over these mistakes, and you are improved. There is still a statement of the well-known trainer Valery Lobanovsky: "Defeats should be forgotten, and victories even quicker".

- Good message. You have an impressive history of sports meets in many countries of the world. May you call what were remembered most of all?

- Them it was valid much, and it is difficult to allocate any one. The very first children's competitions when all for the first time, and you do all from mischief and interest more are usually remembered.

- Whether there were in the childhood at you sports idols or inspirers?

- In many respects for me there was an example my elder brother, and I on it equaled. Our family rather sports, the father knows and understands sports, and I think that thanks to it we took place as athletes, it in us enclosed a lot of things. The father us supports all the time. Houses only about sports also we talk: breakfast, dinner, dinner – only sports.

Were, of course, and other inspirers are wrestlers of the Adygei school of judo, whose surnames and names we always had very famous.

What would you wish to beginning athletes?

-  I began in other times.  Now different computer games there are more than temptations and many.  It is more difficult for youth to find motivation, it is hard to concentrate and train.  I can wish only patience and desire to work and once again to work.  To distract from joysticks and keyboards and more to work.

- And finally some short questions in style of a questionnaire of Prusta*:

Your most characteristic feature?

- What qualities you most of all appreciate in the friends?

- Whether there is any hobby, except judo?

- Except judo? I don't like to read (laughs), but it is necessary. I like to walk long alone.

- How you consider, what your most important achievement?

- It, certainly, my family. This most important.

Recently in Düsseldorf, Alim Gadanov became the bronze prize-winner of Gran-pri on judo in weight to 66 kg. We will wish it new fulfillments and new victories in the following Olympic Games in 2016 in Rio de Janeiro.