Serafima Safonova had a successor

Serafima Safonova had a successor 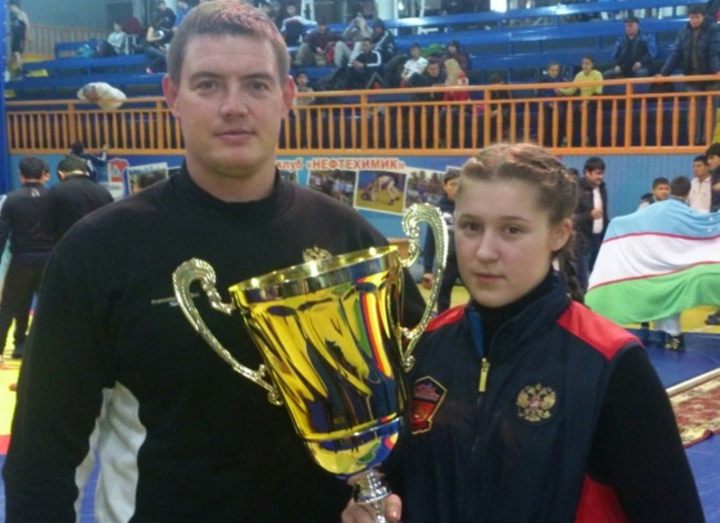 The 18-year volgogradka of all "outdid"

"Gold" the debut at our ascending asterisk on wrestling on belts Antonina Polyanskaya on superiority of Russia turned out.

"The well-known Volgograd Serafima Safonova's successor in wrestling on belts", - experts in this type of wrestling about young Tonja Polyanskaya who as well as her great predecessor Safonova who has left big-time sports, trains at Mikhail Kravchenko thanks to whom wrestling on belts in Volgograd turned from an exotic, little-known sport in our region in popular and bringing glory to sports Volgograd so respond. That Antonina only didn't win, being at junior age: two times youthful superiority of Russia and as much world. But time doesn't stand still, and now when to the girl it was executed 18, came it is time to pass into the category "youth". And here our champion didn't become puzzled, having confirmed the victorious ambitions on the superiority of the country which has taken place in Situated near Moscow Ramensk.

In different weight categories to a wrestling mat there were about 200 competitors of awards among athletes from 18 to 20 years. The value of a victory was also that ramensky tournament showed from itself selection on youth superiority of a planet. On a sports scaffold of Borisoglebsky Sports palace Antonina Polyanskaya fought excellently, having won in three fights early victories, and in the final of weight category to 76 kg having overcome the competitor from Bashkiria. It means that in June our sportswoman will go to Nalchik on a world championship. Polyanskaya's champion medal not only, won by inhabitants of Volgograd in Ramenskom. The three of the strongest in "scales" closed Alexey Kovalyov (to 90 kg) and Tatyana Teplovodskaya (to 58 kg).