Founder of the Ukrainian judo

Founder of the Ukrainian judo 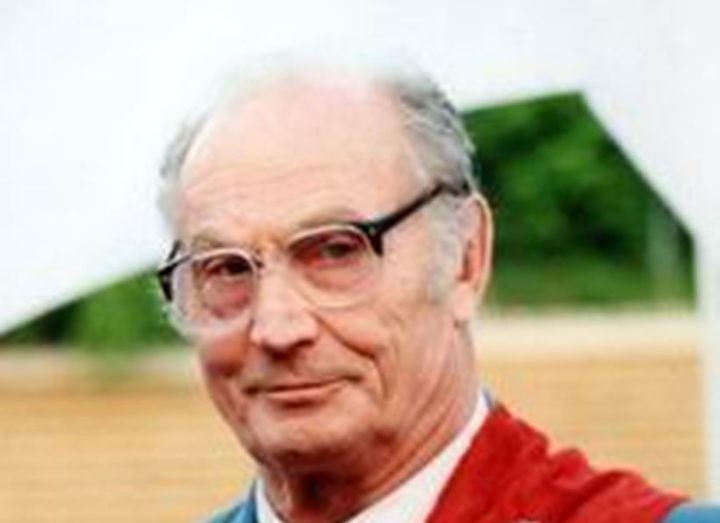 The trainer has to not only know well all subtleties of the sport, but also to be the teacher, the psychologist and even it is a little diplomat. And still - to trust in future star, to hope and wait. All told concerns the founder of the Ukrainian judo Yaroslav Voloshchuk.

As well as all nonfeminine boys, Yaroslav went to school. Went in for sports, helped parents about the house. Early  became the adult. The terrible picture when enemy planes bombed the city was imprinted in heart: burning houses, groans of wounded. On streets the killed, everywhere a panic, fear lay. The family was evacuated to the Voronezh region. In the Russian remote place Yaroslav worked as the groom. Having got over with a family to the Samara region,  mastered a profession of the smith.

In the fall of 1943 it called up for military service.

On his body four tags from knife wounds. Only 13 wounds. It was treated in hospitals and again came back to the front. The last time - in February of the 1945th. In hospital of Liyepaya also met the Victory. But  served till March of the 1946th.

With a bar practised not for long. It was attracted more by wrestling, started mastering the Greco-Roman. Tried, on trainings gave all the best. After classes the body was poured by lead, wounded especially exasperated during foot war, strengthened them, lifting weight toes.  In March, 1948 at all-Union competitions took the third place.

Its success interested the wresstlers of freestyle glorified at that time Vasily Rybalka and Aram Yaltyryan (is later than the leading Soviet instructors deserved trainers of the USSR). They persuaded Voloshchuk to pass to free-style wrestling. And it isn't casual, Yaroslav became the champion of Ukraine.

The amicable three of inhabitants of Kiev - Voloshchuk, Rybalko and Yaltyryan in parallel was engaged in sambo. In the USSR championship their team won the 1949th. In personal offset Yaroslav Voloshchuk was the strongest in the country (1954, 1955) twice

Time came, and Voloshchuka suggested to pass to trainer's work to "Dynamo".

When it became known that in the program of Olympic Games of 1964 added judo, the Soviet sambo wrestlers undertook to master to his technician. Yaroslav Voloshchuk willingly started training judoists. From others Vladimir Saunin - such small 192 centimeters high and weighing 110 kilograms differed. It replaced a sambistsky jacket with a kimono. Titles at it was much - the numerous champion of the USSR on free-style wrestling and sambo, the world champion, the absolute champion and the numerous prize-winner of Europe in sambo, the master of sports of the international class.

The first exit to a tatami ended for Saunin with defeat. And further something wasn't glued at Vladimir: he repeatedly headed the list of prize-winners on superiority of Armed forces and in the international championships of friendly armies, and here in competitions of wrestlers of the country and the continent couldn't rise above the third step.

- I am proud for children! However to rest on laurels to us never. Ahead - Montreal...

Yaroslav Voloshchuk always put before those who persistently went towards the aim, only one task - to be the best among the best. The slogan of the instructor - a drop of talent and a sweat bucket.

It brought up champions of Europe of Sergey Melnichenko, Alexander Shuklin, Vitaly Bychenko, more than 50 masters of sports.

Wherever there was Yaroslav Ivanovich Voloshchuk - at competitions, trainings - he always was a leader, is skillful to predict result, had indisputable authority.

They say that each person - the unique world. Its loss - is irreplaceable. It was felt quite by judoists of that time as Yaroslav Ivanovich Voloshchuk died...

Graduated from the Kiev state institute of physical culture (1958).

Was engaged in Greco-Roman wrestling (the bronze prize-winner of all-Union competition (1948), free-style wrestling, became the winner of the USSR championship.

Founder of the Ukrainian judo.

Participant of the Great Patriotic War.

"the honor Sign", Patriotic war of the II degree, the Ukrainian award "For Courage", the medal "For Courage" is awarded by awards of the Labour Red Banner, the Red Star.

Died in 2005. It is buried on the Baykove cemetery in Kiev.