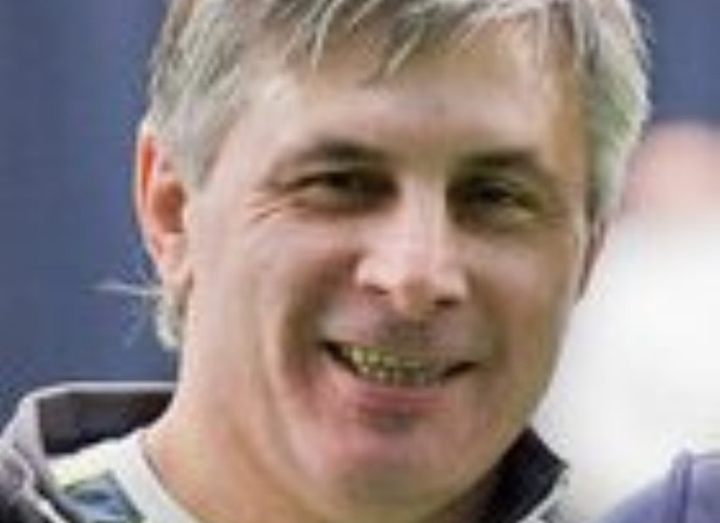 Judoist Vitaly Pesnyak - a figure in the Belarusian sports unique and drama. Its achievements on a tatami are improbably significant: on three Victorias in World Cups, the European championships and the Soviet Union, two - on Sports contests of the people of the USSR moreover and World Cup "bronze".

However it didn't reach the Olympic pedestal, though, appear, to it there - a direct road.

It rushed into big-time sports exactly 33 years ago the 18-year-old boy, having inconsiderately scattered world champions and Europe, and became the biggest sensation of tournament of sambo wrestlers of the VII Sports contest of the people of the USSR...

-  In wrestling began to be engaged at Arnold Mickiewicz in Baranovichi where was born and I lived.  And in general their five brothers Mitskevichey, all masters of sports on sambo.  My big brother trained at Peter Mickiewicz, me took away to Arnold, and in Minsk Ernst Antonovich became my instructor.

Sensation of the Sports contest

-  In 1979 there took place the VII Sports contest of the people of the USSR.  Me, 18-year-old, put in adult team.  I then already the republic won and for the second time youthful superiority of the Union.  To me planned the seventh or eighth place and … to get hand in.  The first rival - terrible Gumer Kostokov - the champion of Europe.  I got on its crown reception - pickup from within and lost purely.  And here the sports rage leaped:  me brought to Moscow to protect honor of the republic, and I...  In the subsequent fights I scattered all opponents among whom there was a king of painful receptions Cheslovas Ezerskas and the champion of the USSR Valery Pashkin.

Pesnyak's victory is natural, he, the junior, wasn't afraid authorities, found the options of wrestling with each expert.

- In the ending I passed Kostokov's same reception, but it was lucky: got off with that to the rival four points awarded. And further points were gathered only by me and became the winner of the Sports contest.

- However the junior missed second "gold" …

- In parallel I passed tournament on prizes of USSR Sport committee in which those who didn't get to the national teams of the republics fought. Winners of spartakiadny and komitetovsky tournaments in the ending played ranks of champions of the Soviet Union. And I literally presented a title to Russian Arcady Buzinu. Probably, the happiness so overflowed that couldn't bring together itself on one more decisive wrestling any more. The motivation any more wasn't, and the knowledge of life didn't suffice.

... Next morning all Belarusian newspapers left with photos of junior Pesnyak who has opened the gold account of BSSR on the Sports contest of the people. On forum closing to Vitaly entrusted to bear BSSR flag.

- For the first time I got to Japan at the end of the 1979th when Gennady Ivanovich Kaletkin carried there USSR national team on sambo. In day there were 20-25 duels in a rack and 5-10 - in orchestra seats. Day off - once a week. After a trip I fell in love with this wrestling though as the judoist of I don't consider.

- What did you gather from joint trainings with Japanese?

-  I can't formulate.  It is perhaps closer to feeling, than to knowledge.  I understood that they keep preparation system a secret.  Only outer side, result is open for us.  And - a technique of formation of equipment - they store school behind seven seals.  In textbooks of wrestling give at all that.  It is very interesting as precisely and quickly their wrestlers are able to bring themselves into the necessary psychological condition before wrestlings.

- The Olympic tournament on judo on the Moscow Games I looked from the Sports palace tribune in Luzhniki. Despite the absence of Japanese, the competition was rigid. There was a feeling of a continuous holiday! High level of the organization and the tournament atmosphere disposed to it. Champions of steel Kolya Solodukhin and Shota Habareli, three more - prize-winners.

- But houses counted on the bigger.

- Then such atmosphere was forced that some children were smothered simply by a sense of responsibility. I understand them. I and the majority of my companions on the national team the main motive had a patriotism, the rest - on the second plan...

In 1979th I the first of Belarusians I won youth championship of the world in sambo. In Minsk I was met by my trainer Arnold Mickiewicz and carried home, to Baranovichi, straight to the physical culture House. There was a training of wrestlers of Greco-Roman. Them constructed, declared my victory. Then there was a banquet in the Executive Committee of the City Soviet of People's Deputies, lifted toasts for the trainer, for the pupil. I couldn't wait when will say a toast for our homeland. I didn't sustain also itself I took the floor... Absolutely sincerely.

- Ernst Antonovich, whether it is difficult to work with Pesnyak?

- Both it is easy, and it is difficult at the same time. It is easy, because by data the Vitaly - the born judoist. When the person is engaged in the business, he over the years becomes the real creator. It shouldn't be forced to work, it is important to convince of expediency of this or that task. Pesnyak doesn't suffer dictatorship. And it is good! Unless communication with the obedient performer of foreign will is interesting? And it is difficult - for the same reason.

- In the 1984th ambassador of a victory on the Friendship tournament, replaced to us the Olympic Games, me appropriated a rank of the deserved master of sports, and to Ernst Antonovich - the deserved trainer of the USSR. After receiving regalia, Mickiewicz as if lost motivation. It satisfied reached, and on bigger, unlike me, it didn't apply. But I didn't know! If he honestly admitted it, I wouldn't count on him. Nevertheless for years of stay in the national team I had confidential relations with Gennady Ivanovich Kaletkin. - Who worked with you in the national team?

- To me the help in a hall wasn't required: I was engaged in planning and modeling of trainings. Reliable protection against trainer's languages was necessary to me. After 1985 I lost it. On collecting caused not only the first numbers of team, but also in each weight category on seven-ten sparring partners. It stimulated leaders always to be in a tone, on the other hand - those whom first used as "bags" progressed.

- After transition to judo passed three years before I reached the same level by which rose in sambo. During this period very much the senior trainer of TsS "Dynamo" Anatoly Alekseevich Hmelev helped. There comes on collecting Hmelev - I in the main team am put in a basis, leaves - use as "bag". Once at it I was given estimation with Divisenko. I won and for the first time got on junior superiority of Europe. And Valera transferred to heavier category - to 95 kilograms. And both of us won.

- But in weight to 86 kg there was still a triple champion of Europe Alexander Yatskevich, the prize-winner of superiority of the world David Bodaveli, the winner of Goodwill Games Alexander Sivtsev …

- With Sascha Yatskevich especially weren't crossed. I lost to it once on superiority of the Union. It's a go: it left, and I rose. With Sivtsev competed to variable success, I won more often. I was given a priority also because on the international tatami my results in times were better, than at it. And key fight happened to Bodaveli in the 83rd on Tbilisi international tournament which then had very high reputation. I then scattered all, including world champions - German Detlef Ulcha and Frenchman Bernard Choluyan. And Bodaveli at me flied, as in space. And it passed to other weight category.

By the second Olympic Games

-  That season developed successfully:  I won Tbilisi, then - in the European championship and the Sports contest of the people.

In the following, the 84th, I won three main starts: European championship, "Drugba" and World Cup.

- Five years in a row, since 1982, I became the prize-winner of the championships of the Soviet Union: I was the first, twice - the second, once - the third twice. And in the 1987th I took the fifth place. On the eve of the Olympic year someone from rukovodily Sport committee - Parkhomenko or Kolesov, said that these unclear principles of selection supposedly bothered, here to Seoul selection will be sports: the main criterion - the Union championship.

- Surprisingly: Shestakov crossed to you the Olympic road, and you remain friends …

- USSR national team of the 80th differed the unique atmosphere: we diligently trained, reached the high goals, but it didn't prevent us to be on friendly terms really. And at the same time understood: we - small screws in big and often unfair game in which interests of the republics and sports societies, ambitions of functionaries and trainers faced. And this understanding helped us to keep the kind relations for the rest of life.

- Quite often it is necessary to pay for stay in big-time sports the high price. It exhausts so much energy that it doesn't suffice to someone to keep in a life orbit, she throws out someone on a roadside. At the best champions of the Soviet sports finished career, having earned on the apartment and the car, in the worst - remained without a profession and means of livelihood...

- I consider, we have three great judoists: Olympic champion Volodya Nevzorov from Maikop and two triple champions of Europe - рижанин Sascha Yatskevich and минчанин Vitaly Pesnyak. They not simply won, and developed judo. Judo is not force, it is so beautiful to throw this ability that the person at all didn't feel effort. Pesnyak for me was a sample of the judoist which fights I enjoyed: as at it everything beautifully turns out!