Given rise to be on a pedestal …

Given rise to be on a pedestal … 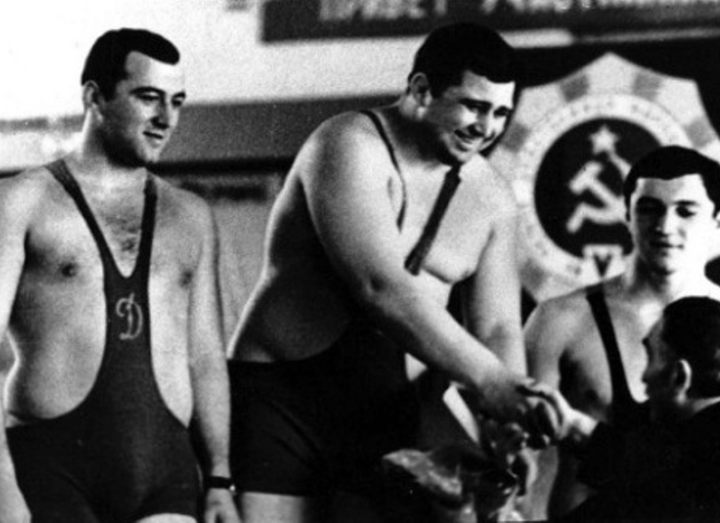 So historically it developed that free-style wrestling in North Ossetia was more popular, than classical which is called today Greek-Roman. And the main successes of the Ossetian sports were connected to wrestlers – we very long went to Hasan Baroyev, Alan Khugayev's Olympic gold, to Rustam Totrova's Olympic silver.

And were on this way and such moments when the Ossetian wrestlers of freestyle had to lend a shoulder to classic colleagues. And who could make it better, if not representatives of a nice pleiad of Andiyevs (See. "History of one photo. Brothers of ANDIEVY")! ?

… The III summer Sports contest of the people of RSFSR of 1963 was held in July in the city of Gorky (nowadays – Nizhny Novgorod). The difficult task – to make the worthy competition to leading athletes and regions – to the Rostov and Moscow areas was set for the Ossetian classics. And 21-year-old Gennady of ANDIEV which possessed good physical data, growth and character of the winner became a peculiar locomotive in execution of this impudent plan.

By this time Gennady was already the champion of the USSR on free-style wrestling among young men (see. "In the USSR wrestlers of Ossetia showed a high class always"). Successfully he started fighting and on a "adult" carpet. Its many knew, and of unrestrained andiyevsky power were afraid. And it isn't vain.

On coast of Volga Gennady Andiyev appeared enchantingly. It benefited all fights and became the unconditional champion of the Sports contest of the people of RSFSR.

Supported a champion burst and other Ossetian wrestlers. Taymuraz Burnatsev from Zgid and Boldin Belikov became bronze to prize-winners of competitions, four more our children entered into the eight of the strongest. As a result of all these efforts the national team of North Ossetia on Greco-Roman wrestling at competitions of such level took for the first time in a team competition a place – the third. On the first – the Rostov region, on the second – wrestlers of Moscow area.

And the inspired Gennady Andiyev in the middle of August, 1963 became the bronze prize-winner of the USSR championship on free-style wrestling – ahead of it appeared only legendary Alexander Medved and Alexander Ivanitsky. Gennady still became the prize-winner of allied superiority and twice – the champion of RSFSR twice. Gennady Petrovitch and in a trainer's field succeeded: for preparation of the younger brother, It is banished, become the Olympic champion, the rank of the deserved trainer of the USSR was appropriated to it.