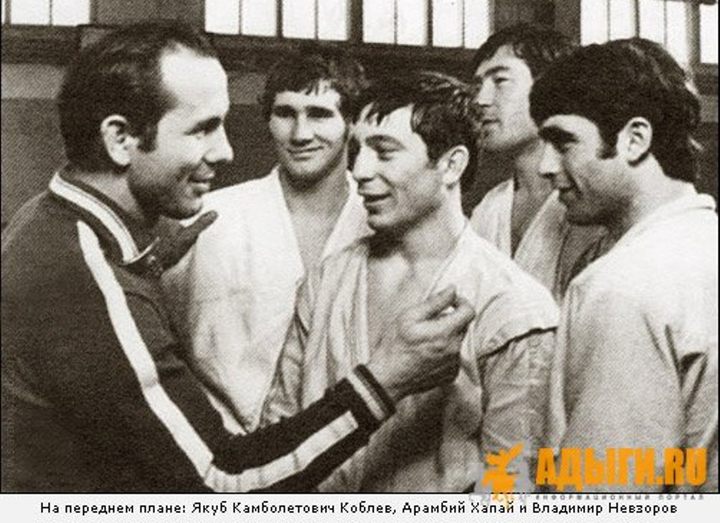 He was one of the most eminent experts in world judo, and in Russia was at all called the best judo coach in the XX century. The doctor of pedagogical sciences, the professor, the member - the correspondent of the Russian Academy of Education, the deserved trainer of the USSR and Russia Jakub Koblev is the founder of world famous Maikop school of the judo which have prepared a great number of known athletes.

In Maikop it started working in 1965.  For the career Y.Koblev brought up not one prize-winner of Olympic Games, the world, Europe and winners of other tournaments.  It prepared Vladimir Nevzorov, the first Soviet Olympic champion in judo (Nevzorov won the Montreal Olympic Games in 1976).
All chronology of life of the well-known trainer, his sports and pedagogical activity is traced in the presented exhibits, the majority of them — from house archive.
"Within a year the material diligently gathered for a museum which is placed in a recreation on the second floor of institute. It is created with assistance of National museum RA on all modern museum technologies. Here are presented both awards, and personal belongings, and documents through which it is possible to track Jakub Koblev's destiny, formation of his personality, take-off and successes in career etc." — the director of institute of physical culture and AGU judo Aydamir Bguashev told.
He also added that Jakub Koblev's relatives, all sports community of the republic, students, teachers of AGU, representatives of the republican power are invited to solemn opening.
Opened a museum it is dated for anniversary from the date of his death.  Let's remind, Jacob Koblev died on March 3, 2012 on the 73rd year of life.
http://news.mail.ru/