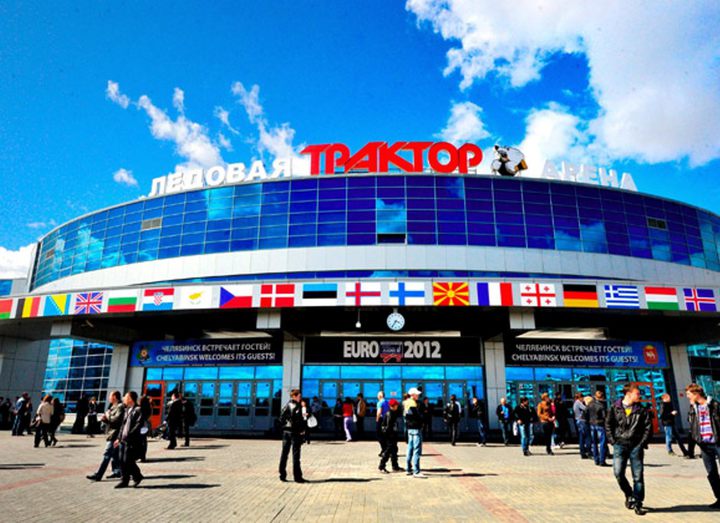 Works on registration of the arena will begin on the first of August.

The design project of the ice Tractor arena where in August, 2014 will pass the judo World Cup, presented the organizing committee of competitions in Chelyabinsk.
The judo World Cup will take place in Chelyabinsk from August 25 to August 31, 2014.
"When developing the model of the arena and its registration it was important to exclude similarity to how "Tractor" in the European championship-2012 which was taking place in Chelyabinsk looked. The main difference — on the arena four will be laid not, but three tatamis. Thus all of them will settle down on a podium 90 centimeters high to increase staginess of duels" — the press service of the ministry of physical culture, sports and region tourism quotes the chief architect-designer of tournament Sergey Shumakov.
According to him, the podium will be executed in the form of medals: it will make so that on it it was possible to project flags of the countries which representatives will win victories.
"Besides, all design of the Tractor arena will be executed in uniform style. Arches will come under the spotlight. They will be established in a competitive zone, through them athletes will leave and leave with a tatami" — Shumakov specified.
In this way arches will be established on the first floor of the foyer of the Tractor arena, in the press center, in a hall for VIP-guests, the architect-designer added.
Works on registration of the Tractor arena will begin in May, the main stage of works is planned since August 1, Shumakov told.