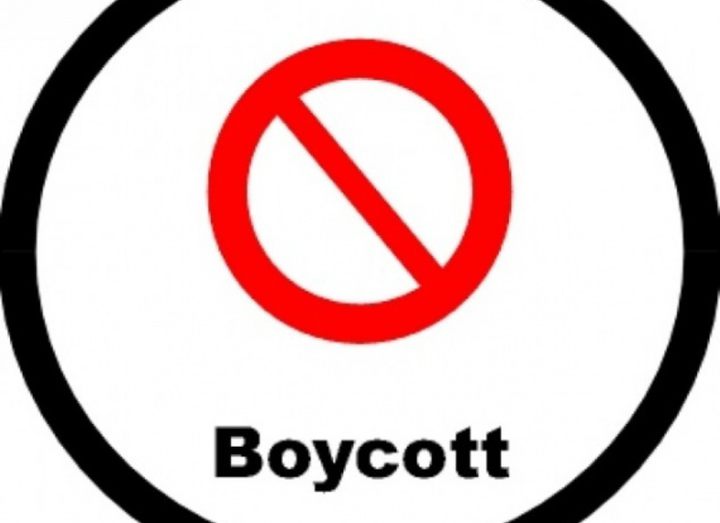 Leading wrestlers of the republic decided to boycott the largest republican tournament on prizes of the head of Buryatia Vyacheslav Nagovitsyn. To such measures they were compelled by a hopelessness and half-starved existence

Before "presidential tournament" there was less than a week.  These are very important competitions.  Many years they have the status international, the class "A", FILA entering an official calendar.  It also the most expensive tournament of the republic - cost is about three million rubles.  Invitations of mass media are already dispatched, in the republic already wait for guests of honor.  And like a bolt from the blue the statement of leading Buryat athletes for intention to ignore tournament and not to come to a carpet was heard.

As athletes speak, on it bothered to feed roltony and to go in the Chinese rags instead of sportswear.  Athletes were tired of that they should live promises which are never kept, without the normal relation to the work from sports officials.  Athletes can't work for image of the republic and speak at official tournaments when they have nothing to feed themselves and the families.

The main problem athletes see an opaque expenditure of means in ShVSM and RSDYuSShOR.  After recent loud articles concerning the above establishments, athletes for the first time learned that financing of the Buryat elite sport appears is estimated in hundred millions rubles, their most part is spent for salaries to officials and state trainers while them hardly reach though any remains.  Also athletes don't accept items of expenditure.  It appeared that financial support of athletes is limited to those who got to Russian national team.  It is worth losing though one competitions, automatically you lose everything.  And after all, to get to the national team it is necessary to work much, pass a sieve of republican and federal district selection, and to do it for free of charge and on a hungry stomach very difficult.

Today in FGC the informal meeting of trainers, athletes and functionaries from sports took place.  On it athletes sounded the claims.

- Thus we want to show that actually occurs. All were tired. - there began the known wrestler Tsybik Maksarov. - To me in ten years will be 40, to children young on 30. They look at me, at my age-mates, and what they see? It is easier and more favorable to go to work as a marshrutchik. Children are compelled to leave... Vitya Banzaraktsayev, Bazyr Bazarguruyev, Market Zhalsapov. At us simply didn't remain wrestlers. Collecting goes, vitamins aren't present, children have no normal food, now quinsy, there are no drugs. On the international competitions we don't go, food isn't present. Children on the roltena break. At recent competitions in Mongolia couldn't even pay for licenses the.

-  It is a pity the young years, - the participant of the Beijing Olympic Games playing today for Kyrgyzstan Bazyr Bazarguruyev continues.  -  To me long ago promised the earth supposedly we will give, you will build the house, you will live.  So to all promise, nevertheless from areas our children.  And to anybody still these promises didn't keep.  Sense to be engaged inwrestling, it turns out, no.  It also is a shame.  On collecting with Dagestanis we go or with Yakuts.  Even in cafe to descend we can't eat with them, there is no money.  You put all energy, it turns out, and returns any, some to the contemporaries can't look in the face, it is a shame.  It seems the wrestler, and behind soul not a stiver, achieved, turns out nothing though for the republic I gave all the best, won despite everything.  Our young watch at it everything and throw, there is no incentive.

"Where money leaves?  " - one by one trainers and athletes asked a question to the director of ShVSM Gourand Tsedashiyev, thewrestling state coach Yury Sandakov and the president of federation ofwrestling, the world champion Boris Budayev.

-  All wrestling regions know that Buryats - the poorest.  Such impression develops at a view of children.  They have a form the cheapest what it is possible to find only - 250 rubles probably cost, the Chinese rags.  Athletes at all don't put on it, it is a shame, will ridicule.  How towrestling against such money for sports?  - the known sports functionary Bair Tushemilov questioned.  -  At Yakuts and Tuvinians from the national team there goes the whole crowd of massage therapists, psychologists and doctors.  And ours five together come, is there is nothing, there is nothing to dress also develop on trips.  Here is how towrestling?  How to resist in such conditions?  You want that on the roltena of a medal they brought?

-  I with 1991 on 2001 headed sport committee, - the mentor of the leader of the men's national team of Buryatia Alexander Bogomoyev Valery Ivanov said.  -  It were heavy 90-е years, we beat out, managed to beat out money for food and for vitamins.  And our children won, didn't feel the humiliated.  In sport committee four together organized all actions.  now I look, divorced sports officials, how many for their salary is spent?  And here we still that we collect to hold the championship of Buryatia from athletes on 200 rubles.  I have any authority, I something can find, provide Bogomoyeva.  I at all don't train already but only I do that I look for money, I look for sponsors.  And what others?

Trainers note that from - for the wrong policy of republican agency on sports, the whole layer ofwrestling in areas "was mown clean".

- wrestling dies, in Dzhida, in Kyakhta, in primordially strong areas already there is nowrestling.  And why?  Because there is no money.  Earlier on thousands kids came to Ulan-Ude, competed till some days, it was possible to carry out selection, to notice talents.  And now?  What madman for the money will carry to us crowd of children?  -  trainers question.

If such situation developed in the most important and financed sports of Buryatia, it dread to think, how there at others?  Today wrestling gives way national, and all because national, thanks to Hambo Lama Ayusheev's activity, gives though any opportunity to earn.  Practically all productive athletes arrange чёс on сурхарбанам in the summer, passing important collecting.  Champions of nationalwrestling not only respect, but also it is generous, with relying honor, present.  Choosing between sports and nationalwrestling, the child will choose the second.  However experts of free-style wrestling consider such distortion dangerous.

-  Nationalwrestling - a good sport.  Only further the republic there is no place to go.  It iswrestling for the.  Sense of free-style wrestling - to show all sports capacity of the republic, its power at the international and Russian level, - experts are sure.

Markhayev asked not to sabotage

In the heat of hot discussion and mutual recriminations the deputy of the State Duma Vyacheslav Markhayev decided to take in hand a moderation of conversation which promptly flowed in a quarrel.  The deputy urged not to boycott nevertheless competitions because such trick only will damage to the Buryatwrestling, but to commit the claims and offers to paper, to create the working group and after competitions densely to deal with this issue.  For example at extraordinary meeting of federation onwrestling to replace Boris Budayev with more effective president or to change republican laws on sports, to ask additional financing.

Judging by bewilderment and confusion of athletes, especially young, they didn't understand, someone heard their boycott or not. It is quite possible that Vyacheslav Markhayev in this situation for the first time acted as the ally Nagovitsyna, and thanks to power of the authority among wrestlers, extinguished inflaming scandal by foggy promises. Nobody knows that will be withwrestling after tournament, it is possible about this emotional conversation anybody and won't remember. What disturbed officials and deputies to stand up for wrestlers earlier? There can be an absence of motivation