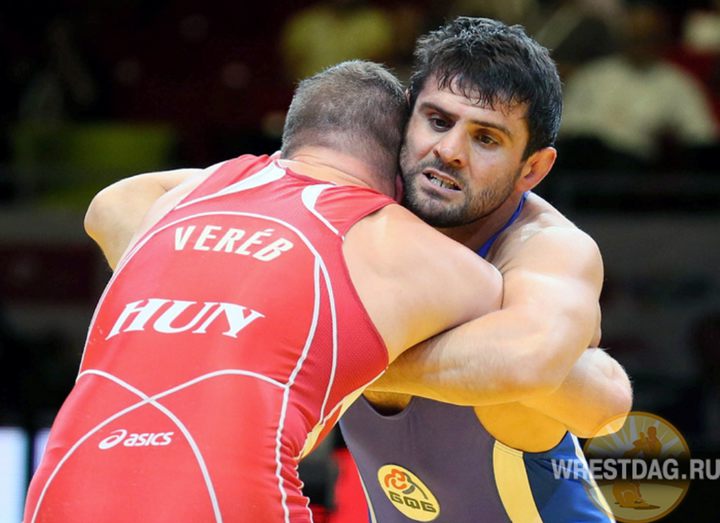 Three Dagestan wrestlers will play for Belarus in the continent championship.

Among them — the most skilled and most titled wrestler of team Murad Gaydarov (86 kg) who in the European championships won silver medals and twice the bronze three times. The right to act in Finland the 34-year-old veteran, as well as his fellow countrymen Azamat Nurikov (65 kg) and the bronze prize-winner of the World Cup-2013 Ali Shabanov, "A. Medved's" Grand Prix achieved on passed at the beginning of March in Minsk. All three became winners of this tournament.

"By tradition of the Grand Prix in Minsk is for our wrestlers decisive a selection stage to the European championship — I told a site wrestdag. ru senior trainer of the national team of Belarus Ruslan Sheykhov. — Who on this tournament showed the best result, that and got to team. The exception was made by category to 97 kg. Yusup Dzhalilov won it, but the trainer's staff of the national team nevertheless gave preference to Ivan Yankovsky who successfully made a speech before at yaryginsky tournament where took the second place. In weight to 70 kg we chose between Anton Afanasyev and Alexander Kontoyev. The first acted in weight to 66 kg earlier, it had to drive on многуa kilogram, and now it feels comfortably in new category whereas skilled Kontoyev for it doesn't have enough weight. Afanasyev well fought on tournament of the Bear, though didn't hold on a little to the third place. One more debutant of the national team — the pupil of Khasavyurt school of wrestling Sukhro Rashidkhanov. He won championship of Belarus in juniors and looked convincingly in control fights on collecting".

These days the Belarusian national team finishes preparation for start in Finland. Together with it on the Flocks base that near Minsk, wrestlers of Armenia and Turkmenistan train.

Answering a question of tasks before command for the forthcoming European superiority, Ruslan Sheykhov noticed: "As we don't have that medal plan, but it would be desirable to show result not worse, than last year".

In the last year's championship of the continent in Tbilisi medals were won by two Belarusian wrestlers: Vladislav Andreyev (55 kg) — silver, and Alexander Kontoyev (66 kg) — bronze.