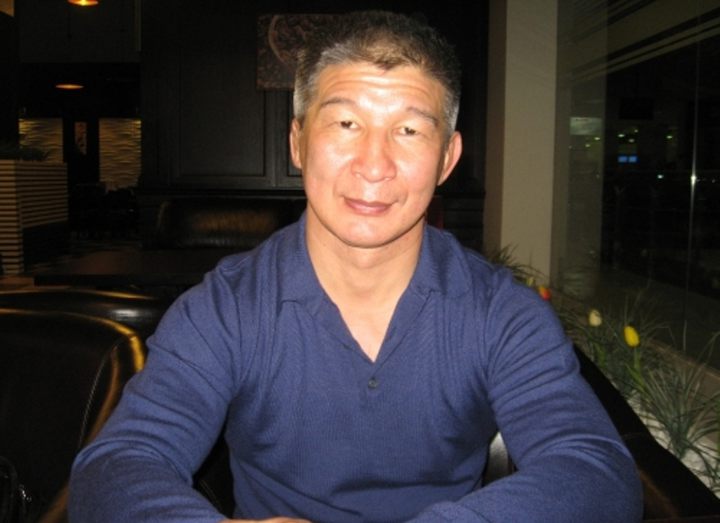 From April 23 to April 27 Astana will host the championship of Asia on wrestling. How domestic "wrestlers" prepared for a house forum, the portal of confederation.kz was told by the head coach of a national team Ruslan Umraliyev.

Preparation for the championship of Asia is in a closing stage. The last collecting at us will take place in Astana. On April 6 – UTS beginning, on April 22 – weighing, on April 23-24 – we leave to wrestling. What to tell? We prepare for a house forum since December of last year. The first UTS passed on GPP (general physical preparation). Children there gave all the best on all hundred, their work remained is happy. Especially as in September we unsuccessfully went on the World Cup – didn't bring any medal from Budapest. Only one boy at us fought for a bronze medal (Rasoul Kaliyev, 55 kg – the Comment of the author). It, of course, upset me. I drew conclusions, analysed team performance. Naturally, everything rests against problems which can't be solved is momentary. At the same time, if to do nothing, to go down stream, monotonously to train and quietly to receive the salary, no shift will exist. Now big tasks are set for us. And I feel it daily – each cage. I feel all responsibility.

As for seen in Hungary, alas, gaps we, really, have enough. In comparison with leaders of world wrestling much that doesn't suffice to us. And in respect of technical and tactical skill children lag behind, both in respect of OFP, and in respect of "funktsionalka". Generally, in all respects we concede. Thus to us still say about a gold medal that at present simply doesn't go in. Well in any way! Not on that we level while to think of it. But I believe that such result can be reached. Therefore as I already told earlier, on the first collecting (Almaty area) paid special attention to physical preparation. Then prepared for the international tournament in Iran. "Takhti's cup" - very serious start, has the "Grand Prix" status, with strong structure of participants. As a result, in Tehran, we showed good results. As then and on "Alexander Medvedya's" Grand Prix in Minsk. That is beginning of year the encouraging. And in the run-up to the championship of Asia there is at us a reason for optimism. There are children for whom it is possible to hope. Just yesterday climbed down mountains where carried out UTS in the improving Tau-Samal complex (Almaty area). Laid there carpets, bars with weights brought, barriers to jumps. Generally, completely equipped a hall (smiles) that at children well I passed collecting. And there was final UTS in the capital on which already there will be a special preparation – sparrings, an eyeliner. At boys of an eye burn, they are ready to "Asia", in native walls all want to show the best wrestling. It can't but please as to act at home not so simply. On you double responsibility lies, you can "fuse". Plus to everything is observed the serious competition between children. The spirit of team the simply ultraboundary (smiles).

Thus that the championship of Asia though it also will take place in Kazakhstan, isn't our main start this year. The main forum for us is, naturally, Asian Games (South Korea, September-October), well and the World Cup in Tashkent (September). However we feel responsibility which lies on us. The house we have no right to act badly. Fans won't understand.

It will be quite good if we take four awards of various advantage. Gold? I don't want anything to promise, but at heart I hope that it will turn out to win. At least one medal from these four. More than normal result as in the 2011th year Dauren Zhumagaziyev (in a picture) became the champion of Asia and since then we had no winner. Certainly, on the one hand a task modest, considering that lifting at team after all is observed, however on the other hand there will arrive the Iranian national team. Very strong and in each weight the equal. There or the world champion against you leaves, or the prize-winner of "world". These are wrestlers of the highest level. So even if the championship of Asia will be at home, the carpet from it another doesn't become, as the same rivals. And not only Iran. There are good children at Mongolia, North Korea, Uzbekistan. All titled, achieved recognitions on the world scene. It is very difficult to pass through them, but it isn't impossible. Yes, the competition simply the strongest, nevertheless, our children too not a miss, are terrible force …

Most likely, to South Korea we will carry our first numbers, and to Uzbekistan – the second as both starts are planned for the September, some children elementary won't manage to be restored. My medal expectations? At the Asian Games by quite good result there are four awards of various advantage, on the FIFA World Cup will be delighted also to one won medal. After all there the structure of participants will be more feasible.

Replenishment in a trainer's staff

It is necessary to approach to the general physical preparation very competently therefore we had OFP coach. At first I worked at sheer enthusiasm as not all understood that such person to us, validly, is necessary. Then after all could arrange it to itself, made a salary. Further, if I see that there is a result from arrival of this expert, it will be possible to issue it officially.

Structure of the national team of Kazakhstan on free-style wrestling on the championship of Asia: