Maria Gurova:I am very glad that brought the second gold of Russian national team and to native Egoryevsk

Maria Gurova:I am very glad that brought the second gold of Russian national team and to native Egoryevsk 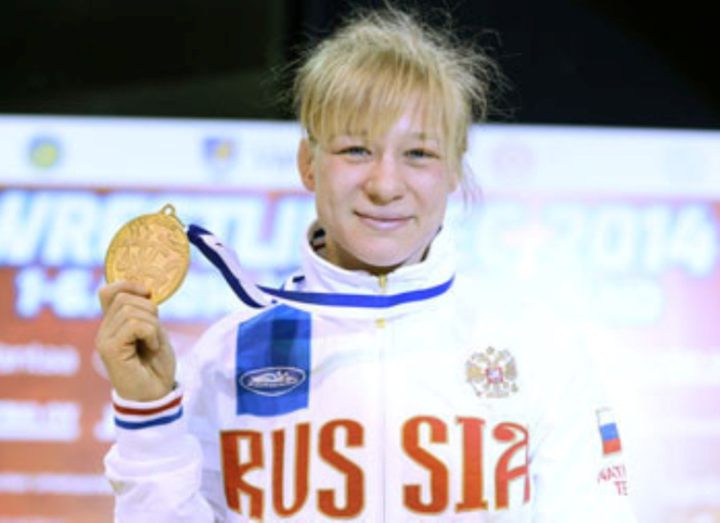 On April 2 in the European championship in Finnish Vantaa the second gold medal for Russian women's national team was won by Maria Gurova. She with the score 5-2 won against Maria Prevolaraki a final duel from Greece. It should be noted that both gold brought to our team of the sportswoman from Egoryevsk. In the European championship Maria Gurova told about the first victory to the correspondent of WRESTRUS.RU Asiye Alimovoy.

- I had to win, eventually, the European championship, - Maria Gurova exclaimed – Two times was the bronze prize-winner of the European superiority and at last could win. I am very glad that brought the second gold of Russian national team and to native Egoryevsk. Change of borders of weight categories for us with Leroy Koblovoy was very convenient. We dispersed in different weight and could win in one European championship.

- You won very surely the first two duels, but on a semi-final with Maria Budu you called practically right after a quarterfinal. How it was succeeded to be restored so quickly?

- I expected that there will be so not enough time. Lera warned me still yesterday that the smallest break between a quarterfinal and a semi-final. Too it seemed to me that time was less. But then we counted. There were two fights for 6 minutes, plus different stops of duels – and will be gathered 15 minutes.

- When you learned, what in the final you will struggle with well familiar competitor Maria Prevolaraki, felt confidence of a victory?

- I understood that there will be a serious wrestling. It is our fourth wrestling, before I didn't lose. Yes it and isn't important. She after all too not the first time struggles with me, so, is going to oppose something to my wrestling.

- What happened at the beginning of the second period when the Greek woman could take two points?

- I passed not in that foot. My trainer Oleg Chernov always abuses me for it, he says that in the left foot I shouldn't pass. And I again didn't listen to it, went on the left (laughs). Here me also stuck with a nose into a carpet: not your it (again laughs). Then I heard as the trainer from a tribune shouts: "Pass in the foot! " Quickly I improved, I passed already there where it is necessary and I took the points.

- Your former weight category to 55 kg. The European championship was the first tournament on which you fought without the pro-weight of 2 kg. Tell the last kilograms leave very hard …

- I so wouldn't tell. To the European championship of competition there were one others, and my weight was all the time 55 kg or slightly less. The last kilograms left easily. Main after all to behave all the time within the weight. Here, if you dismiss, it will be really very heavy to drive.

- In February you went on collecting to Sweden. These trainings had impact on your performance?

- Certainly! We trained with the leader Swedish combined Sofia Mattsson. And when you work with the strongest, it is necessary to be up all the time to standard. There is no wish to be a mattress even on training. Especially, meanwhile she fights in category to 55 kg, but I think, will pass into my weight soon, the girl it thin, and category to 55 kg not Olympic. And then, I should compete to it.