MIKE ZAMBIDIS: "ON MARCH 28 I WILL REWRITE HISTORY!"

MIKE ZAMBIDIS: "ON MARCH 28 I WILL REWRITE HISTORY!" 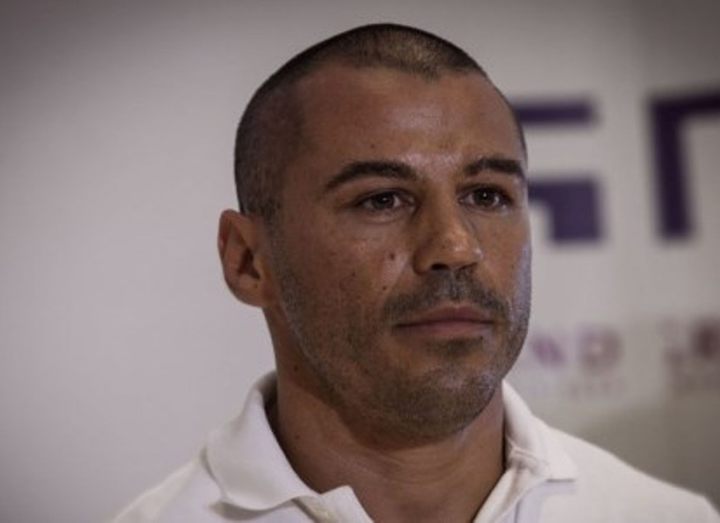 The legendary kickboxer Mike Zambidis (153-22 in a kickboxing) in anticipation of a revenge with the Russian Batu Hasikov (9-1 in a kickboxing) on "Fight — 15" answered questions of this duel and shared opinion on future rival.

What main mistake you made in the first fight with Hasikov?
- I appeared in an unsuccessful situation because of an injury of the jaw received after blow by a knee. It was not such strong, but is put under an unpleasant corner. Doctors told that I had a change. It also became the reason of completion of fight. But as I couldn't build the tactics, I can't speak about mistakes. Be sure, in the forthcoming duel I won't allow a miss.
- How estimate your future rival, whether it is possible to tell, what he is one of the best fighters whom you happened to meet?
- Batu — very strong and rigid opponent. It competently plans the movements and possesses good equipment. I don't intend to underestimate any rival with whom I divide a ring. That fact that for Hasikov the forthcoming duel becomes the last, certainly, it will motivate in addition. But I will be motivated also as to take a revenge — it is my task number one.
- With what thoughts you approach to the forthcoming fight, whether you will aspire to a knockout?
- During fight I always think first of all of a victory. For this purpose I also come now to Russia. The first fight became unsuccessful for me, but the forthcoming duel is more important, and there I intend to win regardless of that, I will win a knockout or not. Certainly, it would be healthy to win ahead of schedule, thereby having paid back Batu, in fact, with the same coin.
- In case of defeat you will reflect on withdrawal from sports?
- I don't think of possible defeat but even if it happens, I won't finish career. I have a sports program to which I follow, and for the present there didn't come the moment when I will hang up gloves on a nail. Besides, who knows, than our opposition will terminate. I heard that in case of defeat to Batu Hasikov will reflect, whether it should leave. In that case, I am ready to prolong his sports career, and our general history, respectively.
- What strong and weaknesses at Batu?
- He is very strong athlete, with good will that always helped it to win. Hasikov offers dense battle and always works at high speed. It distinguishes it from many kickboxers of the present. I know that into system of training of the Russian enters crossfit, and for this reason endurance and a good physical form — one of his bargaining chips.
- How estimate level of the promotion company FIGHT NIGHTS?
- FIGHT NIGHTS — very strong organization which constantly develops in areas of single combats. Company shows don't concede in anything to leading European and world promotions. It is always pleasant to deal with professionals, it is one of such cases. In the future I will be glad to act again under the auspices of FIGHT NIGHTS, and I will make it with great pleasure.
- What you can wish to fans in anticipation of fight?
- You come and support us. It will be really great battle which will become history of single combats. I promise to make everything from me depending and to win. This victory is equally important both for me, and for my vis-a-vis. On March 28 I will rewrite history!