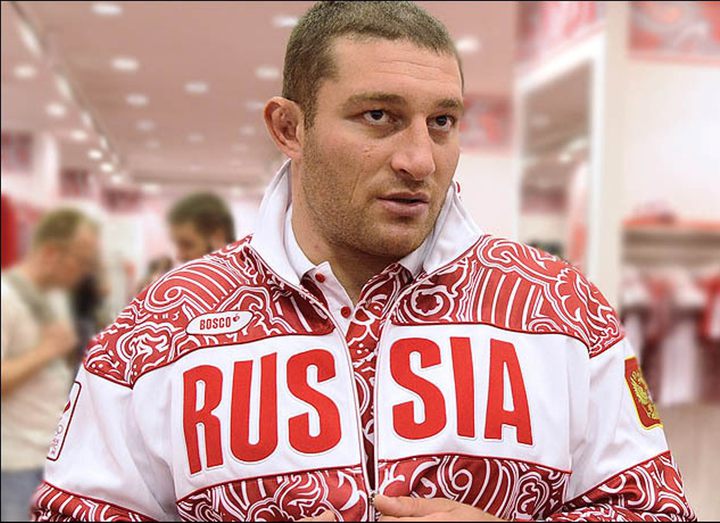 On March 20 the Governor of North Ossetia Taymuraz Mamsurov signed the decree about appointment of the Olympic champion in Greco-Roman wrestling of Hassan Baroyev by the minister of affairs of youth, republic physical culture and sport. The well-known athlete told about the new work in interview.

On March 20 the Governor of North Ossetia Taymuraz Mamsurov signed the decree about appointment of the Olympic champion in Greco-Roman wrestling of Hassan Baroyev by the minister of affairs of youth, republic physical culture and sport. The well-known athlete told about the new work in interview to the press center of the Federal target program "Physical Culture and Sport Development in the Russian Federation for 2006-2015".

— What were you wished by the president of Federation of wrestling of Russia Mikhail Mamiashvili?

—  He was very glad that one more representative of a wrestling family went for increase (laughs).  I want to tell many thanks to Mikhail Geraziyevich for support.  Actually after my appointment as the minister of affairs of youth, physical culture and sport of North Ossetia our relations become even stronger.  You know, the manumission and Greco-Roman wrestling is how popular in the republic.  So with the management of federation of wrestling of Russia I will have the closest contact pieces.

—  To you sports in North Ossetia were supervised by representatives of free-style wrestling Rustem Keleskhayev and Andiyev Is banished.  Now, it turns out, "classics" intercepted an initiative at "wrestlers"?

— We too here joke on this subject. And if to speak seriously, serious work is necessary, and I, of course, count on the help of more skilled colleagues. Especially at the beginning.

— To what sports you plan to pay the main attention? The same free-style wrestling in the republic goes through difficult times, not to mention football club "Alania" …

— I can't answer this question yet. It is necessary to be up on, study a situation in all sports. One is clear: the republic has nice sports traditions, and my task consists in that to increase greatly them.

— You are familiar with it?

—  Personally I am not familiar with Vitaly Leontyevich.  It repeatedly met Russian national team on Greco-Roman wrestling on collecting, but I then healed injuries.  Thus I well know his deputies and assistants.

— You came back to professional sports twice, and God, as we know, loves a Trinity …

— We will look, I don't undertake to think. By the way, in my life still there is a lot of sports. In free time I run cross-countries, I play soccer. On a wrestling mat too I can revive old customs. Now here I will accustom to a ministerial chair and I will start sending the employees in turn to the sports hall. (laughs)

— You know, what the president of federation of wrestling of Georgia, the double world champion Luka Kurtanidze in 41 years resumed sports career?

— What you will wish Russian national team on Greco-Roman wrestling in the forthcoming European championship in Finland?

— Good luck to all children and especially head coach Gogi Koguashvili. I wait from team of powerful performance and only the first place in the overall ranking.