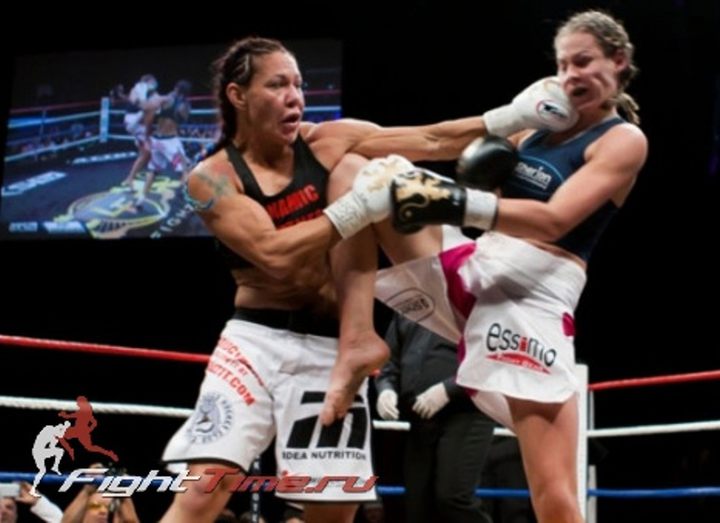 Participants of a title duel for a champion Lions Fight belt in light-middleweight weight, Yorina Baars and Chris "Cyborg" Zhustino, summed up the results of last match.

«I the fighter muay-taн, and it the fighter of MMA, and I beat it", - declared Baars after a victory. "So will be with everyone who will throw down to me a challenge. It is my sports and my style. Chris at a convenient distance was simple - to hold the plan for fight and to meet it knees and the front-kikami when it approaches. It worked. Chris is very strong and is able to beat, but I held blows heavier"

"I am very happy because staid with the champion muay-thaw all five rounds", - Chris "Cyborg" shared impressions after fight. "Nobody wanted to fight with Yorina and three years couldn't find her the rival. In its asset eight titles and 38 duels without uniform defeat. She never lost. Thus on my account only two duels by rules muay-thaw. It had a good plan for fight. It high also it was very difficult for it to get to the head. After the first round I understood that I can lose fight. But I wasn't going to give up, and was ready to fight to the last"
"I always respected Yorina and watched her fights. On its party there were a skill and experience, but I very much tried. I want to fight again. I never choose to myself rivals and so each fighter has to arrive. The real fighter has to be ready to answer any call"