Islam Datsayev: "We not just like that came to the world scene of professional sports"

Islam Datsayev: "We not just like that came to the world scene of professional sports" 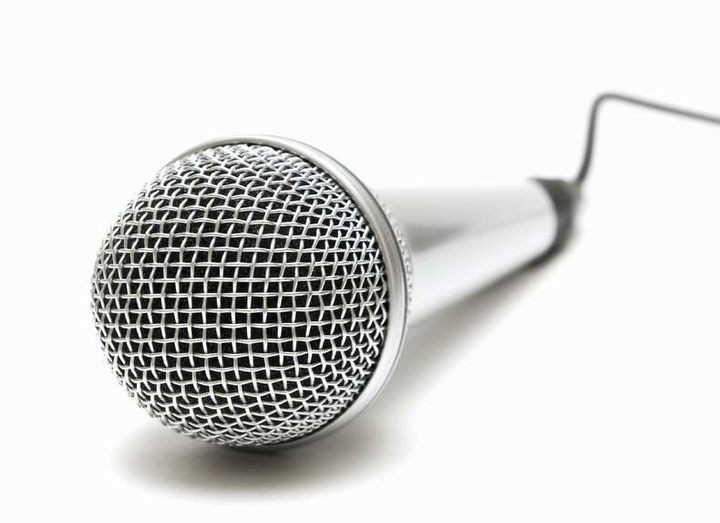 In March, 2014 started the new combative project "GrandPrixBerkut". In the first month, passed about 50 duels in six weight categories. About creation of League of ACB, last fights and development prospects with us one of organizers of new promotion, the vice-president of Berkut fight club Islam Datsayev has a talk.

-  Assalam alaykum, Islam! The new combative League has ACB rather aggressive start. In "faytkardakh" of each weight there are a lot of star names. One of the best fighters of Russia prepared within one project …

- Vaalaykum Salam! Such large-scale project on number of participants and geography of tournament in the territory of our country passes for the first time. 112 fighters within one tournament – such yet weren't in Russia and the CIS. Yes, we didn't begin to hold long selection tournaments, I won't open all secrets. But we not just like that came to the world scene of professional sports. Before tournament start we invited all best fighters of Russia, without being limited to the North Caucasus. However, for various reasons, they couldn't take part in ACB Grand Prix. Today for anybody not a secret that the Russian Federation on the most prestigious professional tournaments of the World in the majority is represented by fighters from the Caucasian republics. And fighters are very interesting today to the world viewer from the Caucasus. It is caused by Habib Nurmagomedov's performance, Adlana Amagova and many others. We began with the Caucasus and CIS countries, but, of course, we don't forget about children from Moscow, St. Petersburg, Siberia. After the Grand Prix you are waited by more large-scale tournaments. And our purpose to assemble on ACB of the best fighters of Russia who will adequately compete with fighters of world level.

- Islam, it is possible to call you and "matchmeyker" of this project. How participants of the Grand Prix were selected?

- I told it earlier. I will repeat. We as much as possible wanted to attract on our tournament of the best fighters, which now very famous. The number of demands was surpassed by all expectations and we had to refuse to many fighters. It was made not because we didn't want them to see on our tournament and the matter is that on tournament many beginners of MMA were declared and we decided to limit them from heavy injuries and harming their health as the unprepared fighter can get under "meat grinder" that will lead to serious consequences.

- Nevertheless, also less known young fighters here act. "Baptism of fire" will be not too rigid for them, after all they can impair a little the "шердог" at the beginning of the career?

- Yes, there are also young fighters, i.e. not "Taysona". But these children can give odds to any top fighter, believe. Fight with strong fighters even if they both will lose and will spoil the statistics, will give them very much a wealth of experience. Also it is always interesting to look at opposition "youth contra experience". For example, in professional sports the fighter of "Golden eagle" Yusup Raisov, Aziz Haydarov very successfully debuted. Here It should be noted and though beginning, but already skilled professional of Beslan Ushukov. He won against Artur Guseynov's terrible rival. It is a lot of children from CIS countries, for example, from Kyrgyzstan. They aren't present in "sherdog", but they carried out many fights in the homeland and passed in the following round of ACB. So, "whipping boys" here aren't present.

- Islam, practically, in each weight there takes place interesting fight. What in your opinion the most interesting weight category on selection of participants?

- I think that all of weight interesting, but it should be noted category of 70 kg and 77 kg. Here the most skilled and titled fighters prepared. In weight to 70 kg Ali Bagov and Arsen Ubaydulayev and other children who passed in the following round can give odds to any rival. I think, Ali and Arsen will meet in the final. Also in weight to 77 kg in a quarterfinal there was Beslan Isayev, Mahomed Magomedkerimov, Ibrahim Tibilov, Eldarkhan Machukayev. Someone from these children will reach the final. It is pure my opinion based on desire to see their opposition in the final.

- It is possible to allocate favourites of tournament already?

- There is a lot of such children. In the easiest weight there is very strong fighter Yusup Saadulayev, in semi-lightweight Mahomed Alkhasov, Yerzhan Estanov, Salman Zhamaldayev, further, in the scales Beslan Isayev, Mahomed Magomedkerimov, Ibrahim Tibilov, Beslan Ushukov, Ramzan Algeriyev, Ruslan Haskhanov, Gadzhimurad Antigulov, Rasim Kurbanismailov and many others. But, anybody never knows what surprise children who aren't so known can give, but are very loaded and want to prove everything that they not just like that participate in this project. It will be very interesting, regardless who will win. And I assure you that all fights will be interesting and difficult.

- Islam, I can't but ask. The Lithuanian fighter Sergey Grechikho who won in 1/8 finals, acted from tournament. His managers connect Grechikho's elimination with bias of judges. What occurred in this duel? After all Sergey won and in interview after fight he adequately commented on the decision of judges and everything was normal?

- Sergey Grechikho very good guy and strong fighter. In a duel against Rasoul Albaskhanov the judge prematurely stopped fight. It very well is visible on video. Delivery wasn't. Having continued fight, Grechikho could finish a duel in own favor. There are a lot of reefs. After fight on ACB 1, they contacted the Polish organization KSW. As far as I know, Sergey wanted to continue the participation and to fight for a title of the champion of our League, but his management refused its further performance in Grand Prix Berkut. I very much didn't want to make comments on the solution of management of Grechikho, but, most likely, to them more favorable option turned up. After all on our tournament it should carry out three more difficult fights. Anyway, Sergey Grechikho proved from the best party as the fighter and as the person. And we sincerely wish it good luck in advance in a sports field. As for refereeing of this fight. Besides everywhere there is a human factor and any arbitrator isn't insured from a mistake.  Even the most qualified.  I can give the mass of examples in the most known promotions.

- There will be rating or reserve fights on the Grand Prix of "Golden eagle"?

- Yes, since March 30 to the final inclusive we will carry out from two to six rating duels. Already on March 30 such fights will be carried out by Nashkho Galayev, Murad Zeynulabidov, Amirkhan Adayev and some more children.

- Thanks. Good luck to you!