Теа DONGUZAShVILI: I promised Ezio Gamba that the marriage won't prevent work in the national team

Теа DONGUZAShVILI: I promised Ezio Gamba that the marriage won't prevent work in the national team 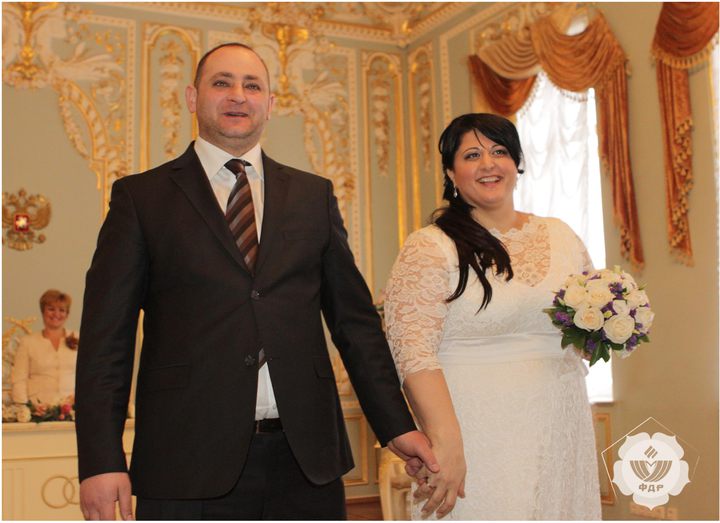 For the last few years of information on the eminent judoist, the prize-winner of the European championships, the world and the Olympic Games Tey Donguzashvili, replaced in 2012 of role of the sportswoman for a role of the trainer of the national team, was, perhaps, not only not less, and even it is more, than at the time of her active sports career

Always open, positive, witty, noticing and instantly analyzing a situation, Tea remains in the center of journalistic attention. The last bright event from Donguzashvili's life – the wedding which has taken place in St. Petersburg on March 1, once again forced mass media to start talking about Tey.

- Теа, your wedding took place in Petersburg on March 1. This date – any special for you?

- Actually during this period at me at work free "window" was formed, and to me gave two weeks of holiday. It would be possible to choose on February 28, but we stopped for March 1 as it is the first spring day.

I to the Russian winters hard got used. For the person which snow in the childhood seldom saw, in January never I put on a cap, was very difficult to get used to frosts. Right at the beginning after moving to St. Petersburg in general there was a shock: as it is possible to live here! Yes that here! The very first championship of Russia took place in Krasnoyarsk, and I simply was frightened.

- Frost. I didn't leave hotel, me absolutely interested nothing. It is clear that it was necessary to go to a hall, but the only thing, on what I was capable, so it to leave hotel and at once to jump in the car. And back - time minimum on the street. But now I treat it more simply.

- Time you mentioned work... In due time Ezio Gamba when invited you to work in a trainer's staff of Russian national team, was interested, whether you plan to marry in the next three-four years. And you said that isn't present. How he apprehended news of your wedding?

- He, of course, was very surprised how everything quickly occurred. In Europe so quickly don't marry, there only engagement can last half a year. Instead of so - got acquainted, and in half a year already a wedding. He spoke to me: "Tea, it after all so isn't enough! You think! ". Other trainer calmed him, said that at the Georgian it is so possible (smiles). Generally, Ezio told: "You are a free person in the choice". I promised that to the Olympic Games I won't leave anywhere, I will help and I will pass with team up to the end.

- Probably, you plan to arrange a celebration and in native Georgia?

- We only undersigned for Petersburg. Celebrated the mini-Georgian wedding of people on hundred. And in the summer in Georgia there will be a wedding. It even is more important, than to put a stamp in the passport. There it will be possible to bring together all relatives – visa registration to Russia business difficult.

- And how you got acquainted with your spouse? It too is related to sports?

- Alex - the boxer, was engaged in a kickboxing. I told that knew me long ago, I saw performance at the Olympic Games, then I met in the Georgian church, but I hesitated to approach and get acquainted. At some instant because of big load on work I ceased to go to church, and he decided that I left Petersburg. But we have a mutual friend, Robert Mshvidobadze, he fights in category to 60 kg. It, as well as Alex, from the city Gori.

They there met, the speech came about me. Alexander took an interest at Robert, whether he knows Thea Donguzashvili. Robert told that knows. Then us acquainted, and everything twirled.

In the summer of last year the native uncle took an interest, whether I plan to marry – a pier, it would be time to open a domestic wine which decided to leave "on a wedding" about ten years ago. I shook the head: "no". And a month later after that got acquainted with Alexander …

- Than it subdued you?

- First of all I subdued the blue eyes (laughs). He is very good person, very kind, attentive, understanding. I subdued the qualities. Alexander – the strong man.

- Your parents already managed to get acquainted with it?

- Probably, your uncle storing a domestic wine since 2004 "under a wedding", was glad to it most?

- The history had a continuation. I came to Georgia in the summer, and the uncle approached to me: "Tea, you aren't going to get married? I'm saying: the pier, it seems still isn't present. He began to say that it would be time for me because the ware is necessary to it to marry and in general "how many it is possible to store wine! ". And literally in a month after that I got acquainted with Alexander. Now we joke: as the uncle demanded to release ware under wine, at once the groom was (laughs).

— And you could dance, how Adriano Celentano — in a flank where grapes press?

— Well as at Celentano, hardly at whom it will turn out. But vineyards are, and ourselves do wine, 800 liters a year happen. I too trampled down. If in due form, you tear off a brush, and any knifes and scissors, only hands, that all live. Weight toptun is still important, my brother healthy grew up, in great demand there. Here, by the way, Celentano didn't suffice weight. Trampled, then all squeezed out in the earth store in long jugs — then not wine, and the candy turns out!