Russian national team arrived to the USA without the leader

Russian national team arrived to the USA without the leader 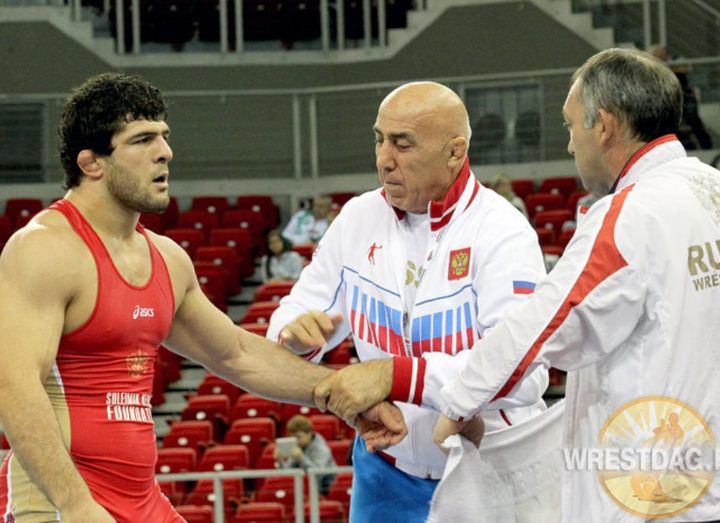 Hadzhimurat Gatsalov preparing for the World Cup won't take part in this start.

The most titled wrestler-freestyler from current, whose performance on the World Cup was actively announced by organizers of these competitions and had to become the main bait for the American audience, was late with paperwork for obtaining the entry visa in the USA. Yesterday the Russian national team went across the ocean without it.
Gatsalov passed with a Russian team preparatory collecting in Novogorsk situated near Moscow and together with the Krasnoyarsk citizen Yury Belonovsky had to represent the country on the World Cup in weight to 97 kg. When it became clear that Gatsalov can not be in time with receipt of a visa of the USA, trainers of the national team engaged in structure as his reserve fellow countryman Vladislav Baytsayev who departed to Los Angeles.
In other categories on the World Cup residents of Yakutsk Victor Lebedev and Vladimir Flegontov (they are 57 kg), Dagestanis Alibeggadzhi Emeev (65 kg), Ramazan Shamsudinov (70 kg), Ahmed Gadzhimagomedov (74 kg), Shamil Kudiyamagomedov (86 kg) and Arslanbek Aliyev (125 kg), the Krasnoyarsk citizen Murad Nukhkadiyev (61 kg), the representative of Buryatia Alexander Bogomoyev (61 kg) will play for Russia, the Ossetian wrestlers Soslan Ramonov (65 kg), Hetag Tsabolov (70 kg) and Atsamaz Sanakoyev (74 kg), the wrestler from Kabardino-Balkaria Anzor Urishev (86 kg) and the Petersburger Anzor Hizriyev (125 kg) .